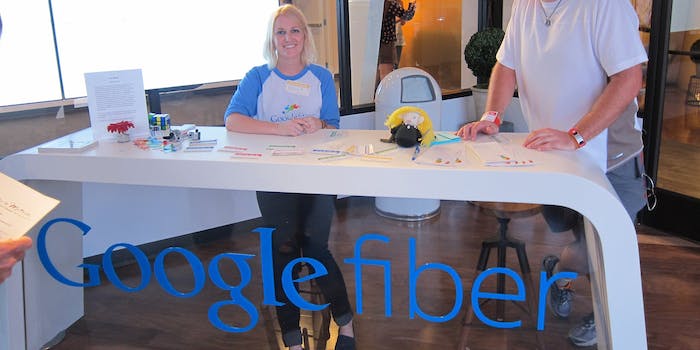 Even if Google Fiber isn't in your city, it could save your Internet.

There’s no denying that cable still reigns supreme over home Internet service. It’s typically the fastest and oftentimes the most reliable connection type you can hope for. Google is slowly changing that with fiber Internet service, and cable providers are ever so slightly beginning to feel the pressure. In Charlotte, N.C., Google’s impending expansion has led local cable juggernaut Time Warner Cable to boost its own speeds dramatically without raising its prices.

This is competition, and it’s a very, very good thing. It also might be your only hope for improved service, lower prices, and true progress.

If you live in the United States, there’s a good chance that there’s only one cable TV and Internet provider in your area. If you subscribe to the uninformed theory of why cable companies don’t overlap, you likely envision a dark board room where the CEOs of Time Warner, Comcast, Cox, and Charter laugh greedily as they agree not to compete with each other. Unfortunately, the truth is much more complicated and a whole lot less juicy.

The factors that go into the current cable monopoly are many. There are deals with local governments in some areas that prevent competition from sprouting up naturally, but there’s also a lot of technical reasons why you won’t see companies challenge each other.

The lack of competition has more to do with technical limitations than backroom deals and handshakes.

The infrastructure that allows you to get your television and Internet via a cable line is a one-trick pony, and it’s not designed to allow competing cable companies to use the same network of wires simultaneously. In most areas, the cable company owns the infrastructure that they use and that ownership doesn’t change until the cable line actually reaches a customer’s home. This is why a maintenance crew will repair a downed cable line on your curb but not give you the bill for the fix—those lines belong to the company.

In order for true competition to exist between cable companies, multiple cable infrastructures would need to exist in every market, and that’s just not feasible from a technical or business standpoint. When most residential areas were developed, they were done so with one cable line in mind, and that continues to prevent overlapping cable options today. Even if a local government would allow such a thing, spending absurd amounts of money to duplicate existing cable lines for a second provider is a gamble that isn’t likely to pay off for a long time, if ever.

It would be the same if a power company wanted to compete for your business. Ignoring all the regulatory headaches that would prevent it from happening, the logistics of getting a new source of electricity to your home would be prohibitively complicated and extremely expensive, and that’s why it doesn’t happen.

Cable companies might appear to have monopolies, but in reality, the lack of competition has more to do with technical limitations than backroom deals and handshakes. This might make the cable CEOs seem a little less nefarious, but the end result is even scarier: We will never see cable companies truly compete, no matter how much we want to.

How Fiber can change things

Google, Verizon, and other fiber-based service providers are doing what cable companies can’t: investing insane amounts of money to build out a network that can offer data transfer equal to or faster than existing coaxial cable lines. The fact that even these two technology giants are only able to build out their fiber infrastructure in tiny chunks, one city at a time over the course of months, shows just how massive of an undertaking it really is.

Even if the service is available in your area, actually getting fiber service at a home that hasn’t had it yet requires either a new aerial drop to to be connected from a suitable source to your home, or a buried cable to be run through your yard, in which case you’ll need a big trench dug from the source to your house. It’s not cheap and it’s not easy, but it’s the price you pay to have a true alternative to cable, and it’s the price a fiber provider has to pay if it wants to compete with cable. 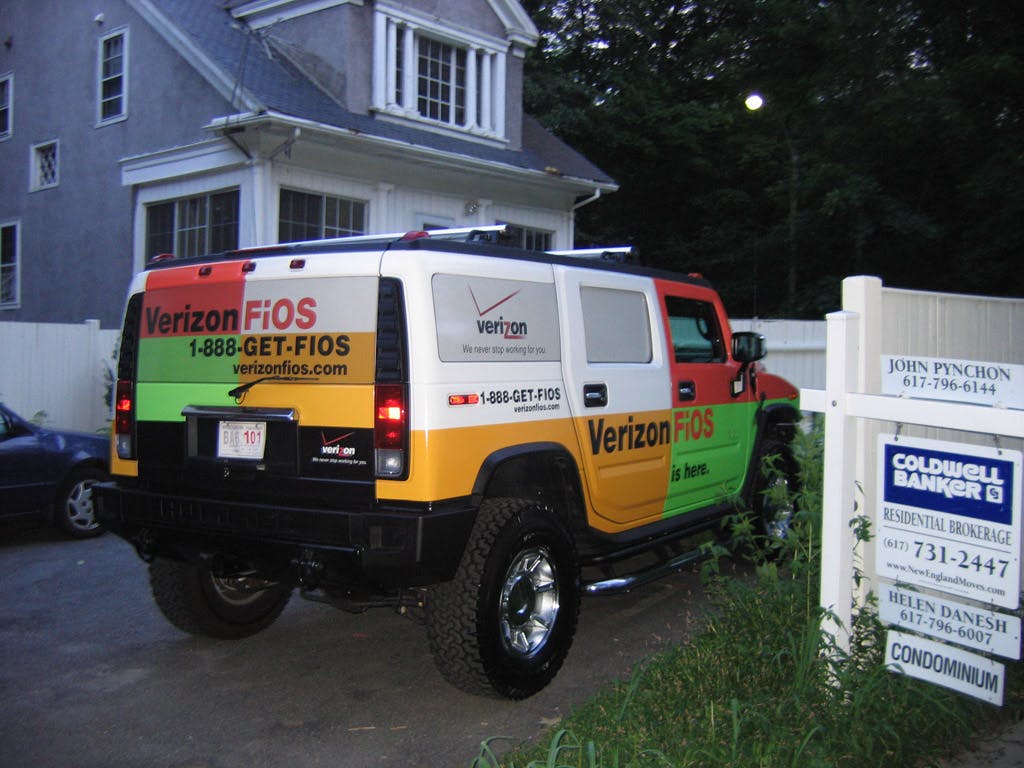 Verizon began its FiOS rollout in 2005, and announced in 2010 that it would halt expansion of its fiber network after the costs began to pile up. Wiring a home and getting the resident up and running on the FiOS network costs well over $1,000, which means that the company has an uphill battle to make each new account profitable. The company hasn’t ruled out pushing FiOS forward again in the future, but for now it needs to recoup some of its losses before that makes sense.Once it’s installed, fiber can provide everything you need in terms of content and communication services. TV, phone, and Internet can be delivered on a single line, just like cable, and data speeds are oftentimes extremely high, even compared to quality cable Internet. Google’s fiber Internet boasts speeds of up to 1Gbps, which blows most competitors completely out of the water and proves extremely enticing for those looking to cut the cable out of their lives entirely.

Google, so far, is remaining committed to rolling out its own fiber network in a slow, methodical way, but it remains to be seen whether the company can make it a sustainable, scalable business. If you’re a current cable customer, you should cross your fingers that Google succeeds.

Whether they ever intended to have captive markets or not, cable companies have gotten extremely fat and lazy, and it’s virtually impossible to find one with a positive reputation among the general public. They’re slow to innovate, fast to raise their rates, and provide subpar customer service to say the least. 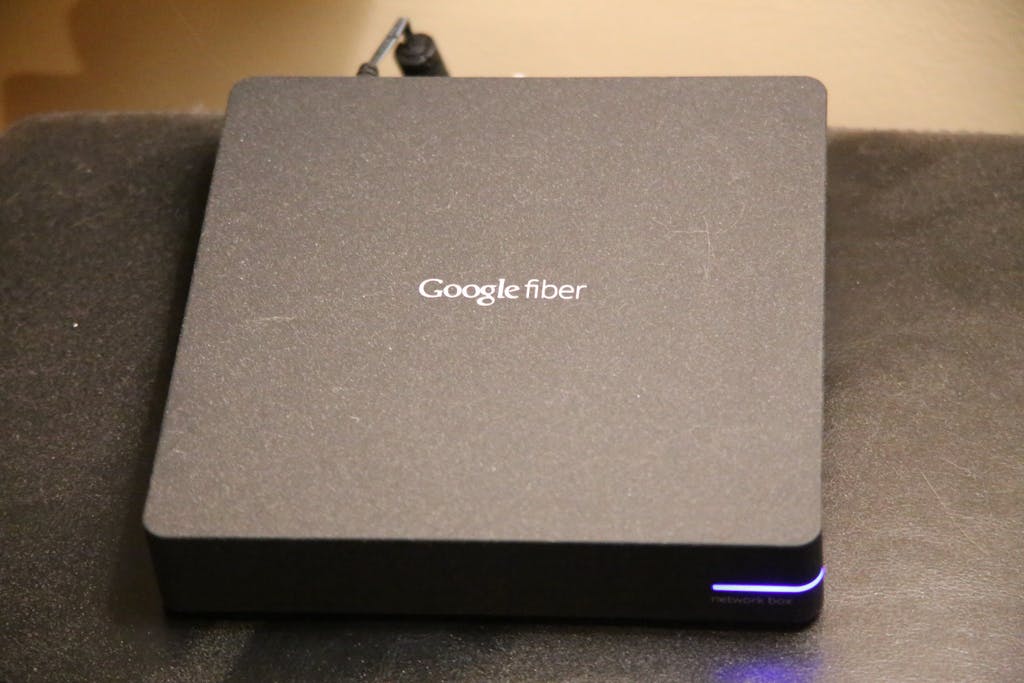 Verizon’s FIOS and Google’s new fiber Internet are the closest the cable industry has had to competition in a very long time, and it’s already starting to pay dividends to consumers. Time Warner Cable’s announcement that customers in North Carolina will see their speeds become up to six times faster is the perfect example of this. Comcast announced similar plans in early April.

If you’re a current Time Warner Cable internet customer in Charlotte, N.C., and you have the company’s 30Mbps subscription, you’ll see your speeds fly all the way to 200Mbps and it won’t cost you a single additional cent. This dramatic change is in direct response to Google’s 1Gbps service—priced at $70 per month—which will soon be available in the area. It’s great news for customers, but it took the actions of a competitor with a vastly superior product in order to push things forward.

It’s that kind of a push that we are in desperate need of. Whatever feelings you might have for or against Google, the company is now the United States’ best hope for true coast-to-coast cable competition, and finally, a battle can start heating up.