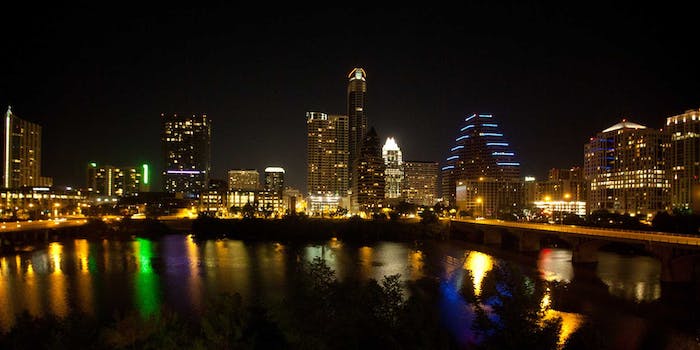 Google Fiber talks Austin roll out, tells us Nashville could be next

Google says it hopes to decide whether Fiber is heading to Nashville by the end of the year.

Google has big plans for the Lone Star State. The search giant is officially unrolling its broadband Internet product, Google Fiber, in Austin, Texas, building up the network before signing up customers.

For a one-time installation fee of $300, Austin residents can get a free monthly plan that gives them download speeds of 5 Mbps and upload speeds of 1 Mbps. For those willing to spend $70 per month on Internet service for at least a year, the installation fee is waived in exchange for download and upload speeds of 1 Gbps—that’s one thousand times faster than the basic plan. If you’re feeling ritzy, $130 per month will get you that same screaming-fast 1 Gbps connection, along with 1 TB of cloud storage, 150 TV channels, and the ability to record eight of those channels simultaneously.

Google is doing its best to incorporate Austin’s artistic culture into the installation and construction process. Area artists are customizing the Fiber vans that are shuttling around to bring broadband happiness wherever they go. Google has also done everyone the kindness of building a tool so residents can find Fiber-compatible apartment buildings. (How’s that for relocation motivation?) 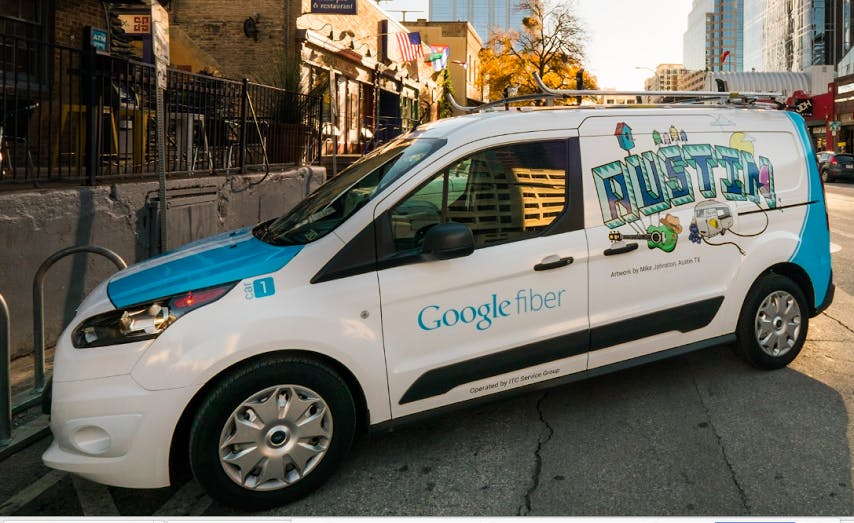 Given the obvious benefits, it’s no surprise that cities around the country are clamoring for Google Fiber to come to their doorsteps next. It’s rumored that Nashville, Tenn. is next on the list in light of Google’s filing a franchise agreement with the state. “Nashville has been great to work with as we’ve explored bringing Google Fiber to the city, and this franchise agreement is an important next step,” says Google. “There’s still a lot of work to do beyond this agreement, but we hope to provide an update about whether we can bring Fiber to Nashville by the end of the year.”

A Google spokesperson tells us that the city’s Fiber roll out is proceeding according to plan, but Austin is not without its quirks. Not only is it the most populous city to get Google Fiber to date, it also has “lots of limestone [that Google needs] to get through.”

The first Austin neighborhoods will be able to sign up for the service next month.