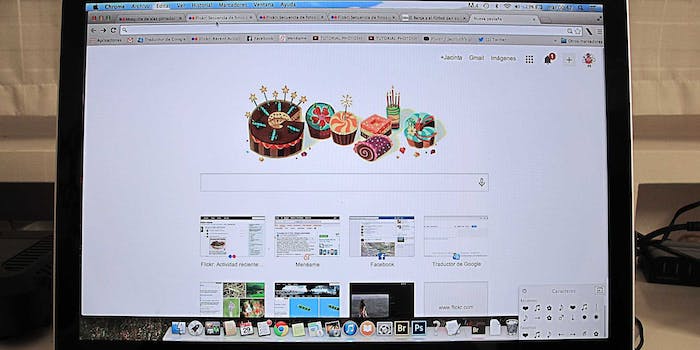 Man who accidentally bought Google.com directs his reward to charity

Google ended up going above and beyond to help a good cause.

Last week, a man accidentally bought the domain name Google.com. It’s now back in Google‘s hands, and the big winner from this odd incident is a charity.

Sanmay Ved purchased the domain early in the morning of Sep. 29 while playing around with the Google Domains interface. He bought the domain for $12 and held ownership over one of the web’s most visited sites for about one minute before the order was cancelled and his administrative privileges were removed.

Shortly thereafter, the Google Security team contacted Ved and offered him a monetary reward as a part of its bug bounty program. Ved wouldn’t say how much Google gave him, but the program’s rewards range from $100 to $20,000.

“I wrote back and told them it was never about money, and asked that the money be donated to charity to the Art of Living India Foundation,” Ved wrote in an update to his LinkedIn post about the experience.

Google has agreed to donate the reward amount to the charity of Ved’s choice. The company is also matching the reward, doubling the amount that the Art of Living India Foundation will receive.

The foundation operates in 154 countries. Its education program runs 404 free schools across 18 states of India and provides free education to nearly 40,000 children in areas of the country plagued by widespread child labor and poverty.