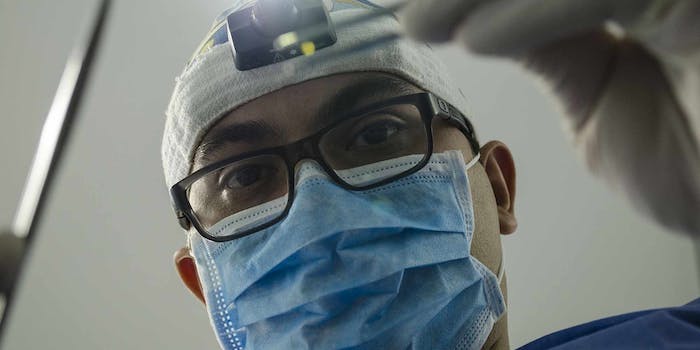 A judge has ordered Google to spill the details on who left the anonymous review.

A judge in Australia has ordered Google to hand over information on an anonymous user who left a negative review for a dentist.

The dentist, Dr. Matthew Kabbabe, claims the reviewer is guilty of defamation for negatively impacting his Melbourne-based teeth-whitening business.

Kabbabe’s lawyer Mark Stanarevic convinced the judge to order Google to turn over all information on the user, known only as “CBsm 23.” The tech company has specifically been asked to provide everything from names and phone numbers to IP addresses and location data associated with the account.

CBsm 23, who left the review three months ago, called on potential customers to “STAY AWAY” before accusing Kabbabe of making the procedure “extremely awkward and uncomfortable.”

The dentist has called the accusations “malicious” and plans to sue the internet user if and when their identity is obtained.

“Sometimes people just look at one or two bad reviews and decide to go somewhere else,” Stanarevic argued. “We think Google has a duty of care to Australian small businesses and businesses globally for allowing these reviews to go on.”

In a statement to the Age, Kabbabe said that the reviewer “could be a competitor or former employee,” but admitted there was no evidence suggesting that was the case.