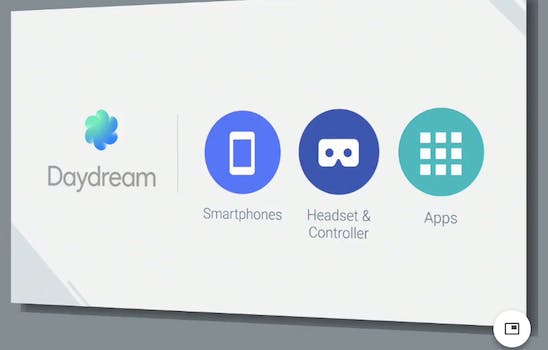 Google dives deeper into VR, but the hardware isn't out yet.

As expected, Google is pushing further into virtual reality, and the company unveiled plans for Daydream, its virtual reality platform for Android during its Google I/O developer event in California today.

Going beyond Cardboard, the kitschy DIY mobile VR system, Daydream runs on Android N devices, and will only work with optimized phones. The company said phone specifications like high performance sensors for head-tracking and more powerful processors are some of the tech required for Daydream-ready devices.

On stage at Google I/O, the company’s annual developer conference, Google also showed off hardware concepts it will be launching to support Daydream VR. A headset and controller will reportedly be available this fall, though there were no working devices available to test at the conference on Wednesday. 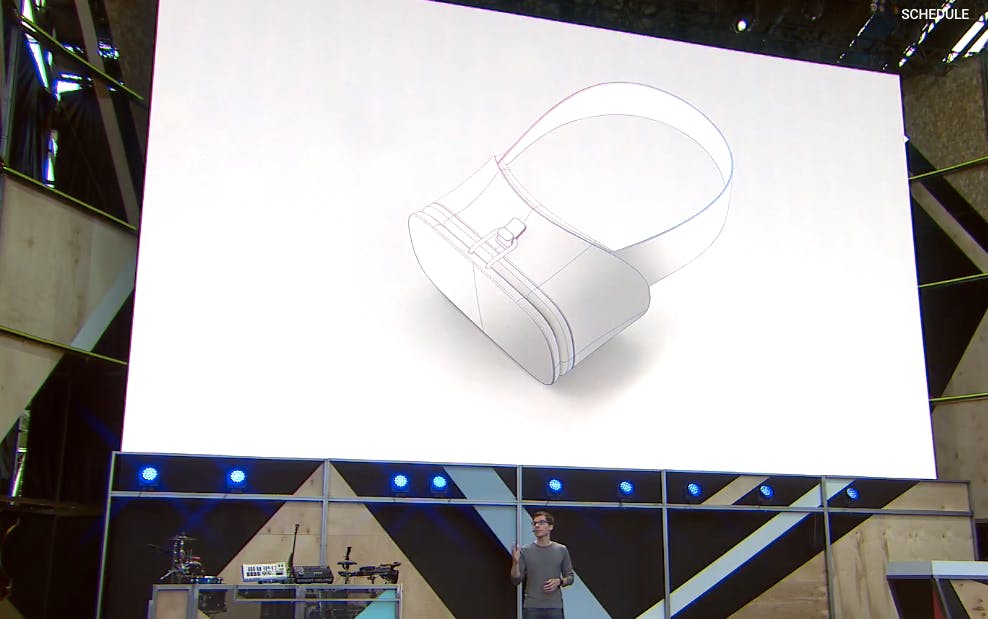 Based on the early renderings shown at I/O, Google’s Daydream system will be a competitor to Samsung’s Gear VR headset and family of apps, and although Google didn’t give a price range for its hardware, but Samsung’s price tag is $99. Users will also have to buy the VR-ready phones which will be launching later this year, too.

You can do some pretty awesome things with the Daydream controller. #IO16https://t.co/GMKIrNbPYS

The company introduced VR mode as part of Android N, the company’s latest operating system, and last week, Android VR popped up in the Android developer console, though the button didn’t do anything quite yet.

Google said it rebuilt YouTube from the ground up to optimize for virtual reality, and the company stressed entertainment like videos, photos, games, and a “virtual movie theater” as big use cases for the device. Already Google has a number of VR partners, some from Cardboard, including the New York Times, Netflix, and HBO Now.