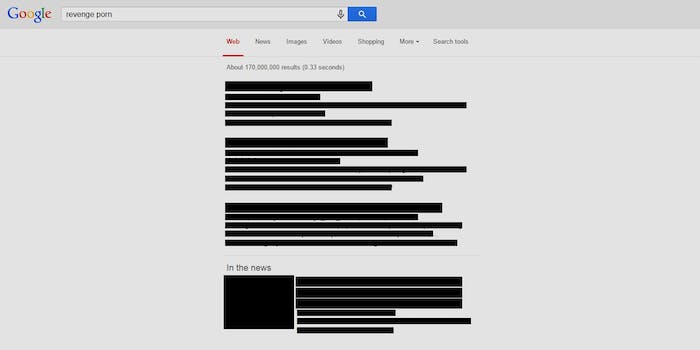 Google launches ‘right to be forgotten’ for revenge-porn victims

Victim advocates say this is a great step in the right direction.

Those who have long fought to empower victims of non-consensual pornography say Google’s new policy is a major step in the right direction.

Legally speaking, it’s tricky for the U.S. government to force someone to take a photo offline if it wasn’t obtained illegally, thanks to the First Amendment. But there’s no reason that a private company like Google, which has refined its search engine countless times, can’t tailor searches how it sees fit.

The search engine already limits access to certain pirated material, images of child sexual abuse, and stolen financial information. Google will set up a Web form in the coming weeks to allow victims to request their images be removed from Google Search.

“This move recognizes the hell that victims go through and makes Google no longer complicit in driving web traffic to these images,” Goldberg said.