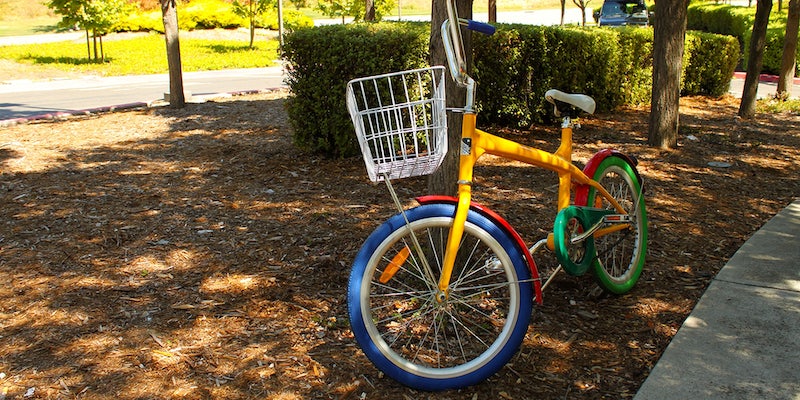 Google really does have a product for every letter.

On Monday Google announced Alphabet, an umbrella company that will rope in a collection of companies—including Google.

In a blog post, Alphabet CEO and Google co-founder Larry Page explained that Google as we know it will be a bit slimmed down, and that other projects that fall “far afield” from Google’s information-organizing products—Android, YouTube, Gmail, etc.—will become their own companies.

The companies getting split off under the Alphabet fold include Google X projects like Calico, Sidewalk Labs, and drone delivery programs. “Alphabet Inc. will replace Google Inc. as the publicly-traded entity and all shares of Google will automatically convert into the same number of shares of Alphabet,” Page explained.

The news took most people by surprise, but at least one savvy redditor saw Alphabet coming a year ago. Sort of.

In 2014 Reddit user Ojusn uploaded this photo of Google’s products along with a list of alphabet letters to coincide with each. “A” stands for Google Analytics for instance (though I’m surprised Android wasn’t the obvious choice). The list goes all the way down to Google Zeitgeist, Google’s annual list of trending topics that take a look at how the world searches. 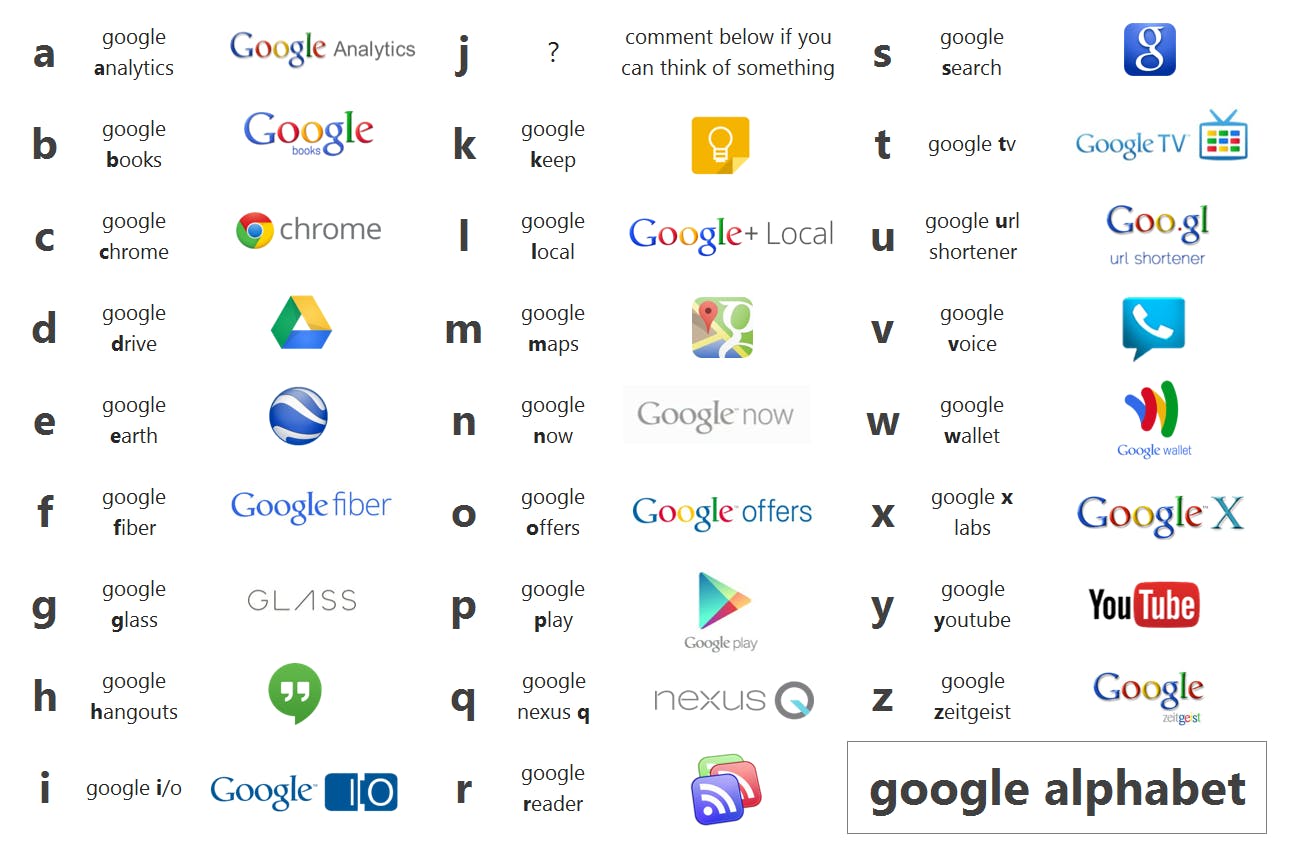 The only letter missing was the letter “J.”

Of course this didn’t quite predict the Alphabet Google unveiled on Monday, but it does give us a bit of perspective into just how big Google is—and how many projects it’s had brewing.

Alphabet will no doubt add even more to the growing portfolio of Google projects. And we’ll be able to fill out the letter J soon enough. Google jobs? I’m sure Alphabet will be hiring.