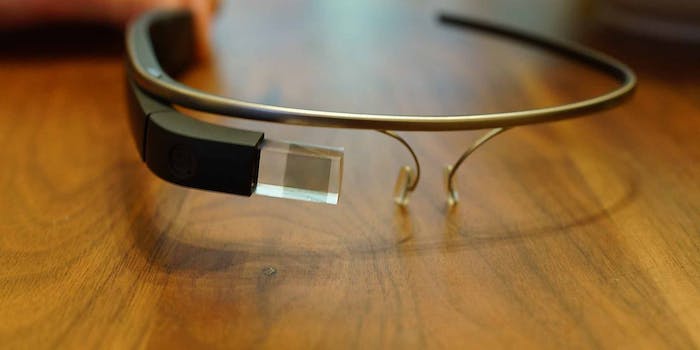 Why does Google support a conservative group that opposes net neutrality?

Over 50 groups have called for Google to sever its ties to the American Legislative Exchange Coucil.

A coalition of over 50 progressive groups has written a letter to Google asking it to reconsider its support for the American Legislative Exchange Council (ALEC), a powerful conservative organization that opposes net neutrality. The move comes as sites across the Web prepare for Internet Slowdown Day, a massive protest against allowing Internet service providers to charge for a ?fast lane” to consumers.

?We all know that Google has been a leader in the fight to protect net neutrality,” the letter reads. ?Yet Google has not heeded requests—even at the company’s shareholder meetings this year—to reevaluate your membership in ALEC, despite the fact that ALEC’s agenda is severely out of step with your corporate culture.”

The letter was signed by labor groups like the AFL-CIO and the American Federation of Teachers, liberal nonprofits such as People for the American Way and MoveOn, and the net neutrality-focused organization Free Press.

ALEC is a national nonprofit that pairs conservative state-level lawmakers with executives and lobbyists from large, private sector companies to devise legislation advancing those corporations’ interests. The group’s primarily tool is drafting model legislation that can be introduced, often nearly verbatim, in legislatures around the country.

While the group has been around since the early 1970s, it has become a liberal bugaboo in recent years after several laws promoted by the organization have become political and cultural flashpoints. The most prominent were the spate of ?Stand Your Ground” laws invoked in the conversation surrounding the 2012 shooting death of unarmed African-American teenager Trayvon Martin by a Florida neighborhood watch volunteer.

ALEC has come out strongly against any government attempt to regulate what Internet service providers are allowed to charge either consumers or content providers. In a policy resolution on its website, the group,?[called] upon states and the Congress of the United States of America to refrain from legislation that would regulate the Internet and to maintain today’s approach that allows the competitive marketplace to drive broadband and broadband-related applications development and deployment free from governmental regulation.”

Outside of the telecom sphere, ALEC has pushed model bills aimed at furthering longstanding conservative goals like enacting strict voter ID laws, lowering corporate tax rates, disincentivizing the use of renewable energy, and blocking efforts to raise the the minimum wage.

A representative from Google declined to comment on the letter, but the company has been been a strong defender of net neutrality. In May, Google led a coalition of 150 tech companies in demanding the Federal Communications Commission impose stringent net neutrality provisions on Internet service providers like Comcast, whose proposed merger with Time Warner Cable also has ALEC’s support.

In addition, Google has categorically stated that, even if the FCC introduces a rule that allows ISPs to charge content providers a fee for ?fast lane” access to consumers, the company would not elect to do so on its Google Fiber residential broadband service.

This letter isn’t the first time Google has come under fire for its presence on ALEC’s Telecommunications and Information Technology Task Force. Last year, a similar coalition collected some 230,000 signatures on a petition urging the company to withdraw its membership.

Google’s involvement with ALEC is, at least superficially, surprising because the Silicon Valley behemoth has a reputation for having a decidedly liberal corporate culture. Google employees collectively donated just over $800,000 to Barack Obama’s 2012 reelection campaign, the third highest amount of any company in the nation.

Even so, Google has spent the last few years making a concerted effort to woo Republicans as a way to push its broader agenda. Last year, it hired a conservative former congresswomen, Susan Molinari (R–New York) to lead the company’s lobbying efforts in Washington. “We thought it was important to have somebody who could reach across the aisle, or appeal to both sides of the aisle, and Susan was that kind of person,” Google Chief Legal Officer David Drummond told the New York Times.

Spreading the cash around to both sides of the political spectrum is largely how the game is played today among large firms—especially for those, like Google, that are pushing ambitious agendas. Recent research has showed that the stocks of companies that spend more on lobbying tend to outperform those that don’t devote as money toward directly affecting public policy.

An ALEC spokesperson told the National Journal that the letter was part of a larger coordinated effort by influental liberals to stifle open political debate.

“The scare tactics the signers of this letter—who are activist groups—employ to force people and companies to bend to their ideological will are proof they would rather intimidate than educate…Many of the groups on this letter are funded by the same donors to do the same thing: frighten, silence, and ultimately destroy ideas that do not mirror their own.”

Google isn’t the only tech company involved with ALEC. Fellow Web giants like Facebook, Yelp and Yahoo have also been affiliated with group. Microsoft used to be a member but left in 2012 over ALEC’s opposition to programs supporting green energy.