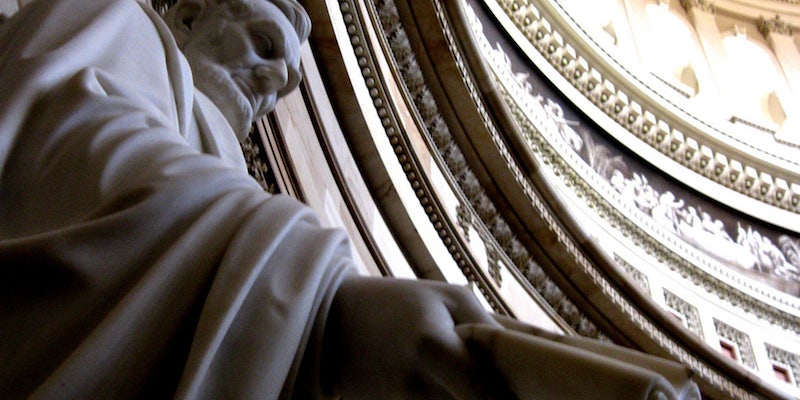 Will the NSA call Edward Snowden a liar under oath?

On Wednesday NSA officials will defend the agency's controversial surveillance programs in the Senate. Will they stick to their story under oath?

Much of the Senate questioning will no doubt focus on the extent of the NSA’s surveillance of Americans. As The Atlantic pointed out, Snowden’s most controversial claim was that, “I, sitting at my desk … had the authority to wiretap anyone from you or your accountant to a federal judge to even the president if I had a personal email.”

NSA analysts have claimed that Snowden exaggerated, if not lied about, the government’s capabilities.

Glenn Greenwald, the Guardian journalist who worked with Snowden to publish the classified documents, insisted that Snowden’s assertions were correct. As Greenwald noted on Sunday during ABC’s This Week, the U.S. intelligence administrators will be under oath when they go before the Senate.

For the past month, Greenwald said, he has been working on an article, based on documents from Snowden, that ”very clearly sets forth what these programs are that NSA analysts—low-level ones, not just ones who work for the NSA, but private contractors like Mr. Snowden—are able to do.”

Greenwald seemed to indicate he has evidence that the intelligence personnel from the NSA, FBI and Department of Justice testifying in the Senate on Wednesday would be perjuring themselves if they refuted Snowden’s claims under oath.

“I defy them to deny that these programs work exactly as I just said,” Greenwald told ABC.