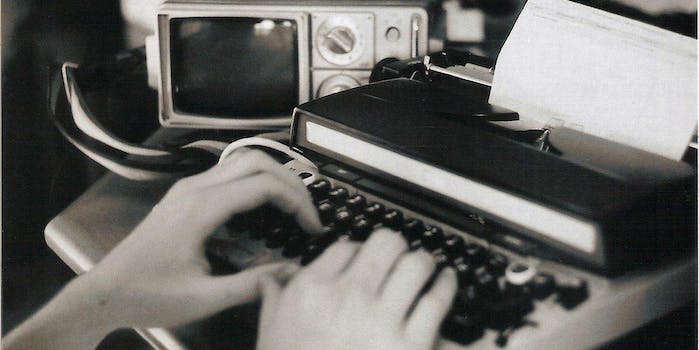 The NSA is turning us into Luddites.

Call them old fashioned, but members a German government review board are considering using typewriters to peck out their reports. It’s not a desire for nostalgia driving this seemingly Luddite action, but rather a fear of prying eyes.

The review board is tasked with investigating claims that U.S. National Security Agency (NSA) spied on German activities, and the use the older technology is thought of as a way to protect sensitive data, the German magazine Der Spiegel reported on Monday.

The relationship between Germany and the U.S. has been somewhat strained since last October, when documents leaked by former NSA contractor Edward Snowden revealed that the NSA had tapped the phone line of German Chancellor Angela Merkel.

The controversy seemed to die down until earlier this month, when German authorities accused two government agents in less than a month of spying on behalf of the U.S.

German officials are not the first to consider reverting to the ink and ribbons of the pre-digital age in the wake of the Snowden revelations. Last year, Russia’s Federal Guard Service reportedly sought out 20 typewriters for printing confidential documents.