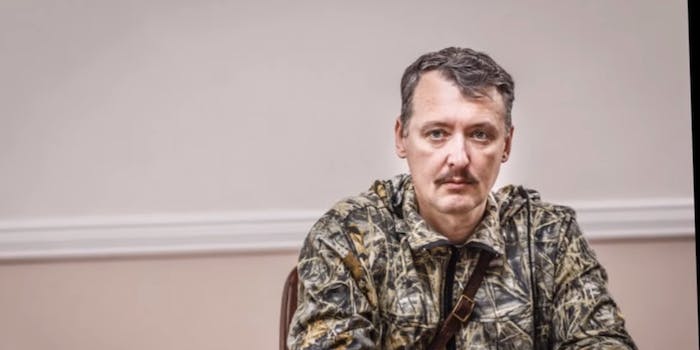 Here's one way to keep abreast of the current situation in the Ukraine. 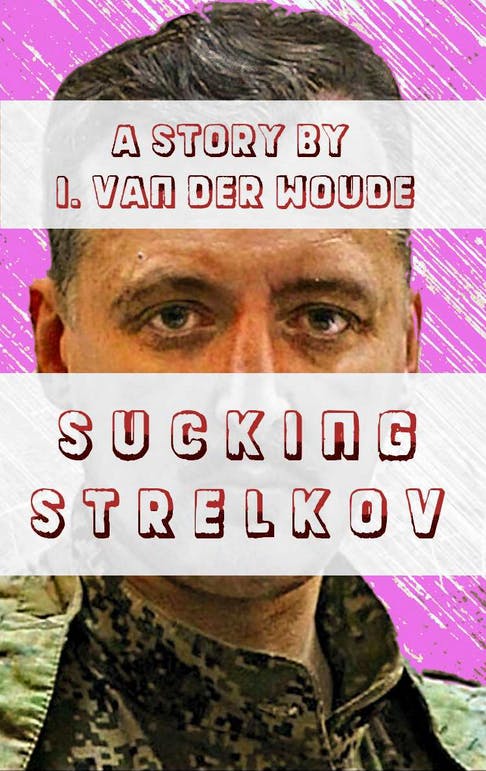 Here’s a brief summary of the ebook, which is free on Kindle unlimited but costs $1.95 on Amazon:

5,7 thousand words long, Sucking Strelkov is the story of a chance encounter with one of the most evil men in Europe. Contains depictions of rough M/M intercourse that may be found offensive. DRM-free. Lending is possible; share with your friends!

I read eight pages of it. Here’s what happens.

“Gay sex is very legal in Ukraine right now. But in Russia … is very very forbidden. When peace come and rule of law restored, is no good having video evidence for sale all over Internet. Blackmailers, da?”

Although the author of “Sucking Strelkov” refers to himself as “I. Van der Woude” (allegedly a reference to Van der Woude Syndrome, a congenital disorder that results in a cleft palate), we know little else about its provenance.

It is, however, clearly intended as a way to smear Strelkov, a retired officer of Russia’s Federal Security Service and a historical reenactor who is thought to be the driving force behind the ongoing pro-Russian unrest in the Ukraine. The author’s physical description of Strelkov is particularly grotesque, repeatedly referring to his “short little mustache that made him look like a cross between a pig and Adolf Hitler” and his “rather small cock.”