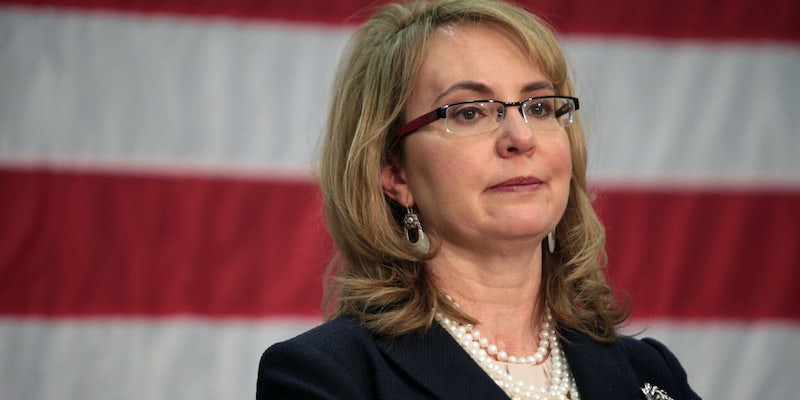 Giffords was the target of an assassination attempt in 2011.

Former Arizona Rep. Gabrielle Giffords, who was the target of an assassination attempt in 2011, has spoken out on Twitter in support of those affected after a gunman opened fire on members of Congress at a community baseball field on Wednesday morning.

My heart is with my former colleagues, their families & staff, and the US Capitol Police- public servants and heroes today and every day.

Five individuals, including Rep. Steve Scalise (R-La.) and two Capitol Hill police officers, were injured in the attack. The suspect was apprehended at the scene.

Giffords praised law enforcement as “public servants and heroes” who stepped in to take down the shooter.

A Democrat, Giffords served three terms in the House of Representatives until 2012. On January 2011, she was shot in the head during a public appearance in Tucson, Arizona. Six others were killed, including one 9-year-old girl, and 12 were injured during the attack.

Despite her own life-threatening injuries, Giffords slowly recovered and appeared on the floor one year later to personally handed in her official resignation letter to standing ovation.