This poor robot is stranded in a radioactive hellscape

Pour one out for this brave mechanical explorer.

A robot sent to investigate the conditions of a damaged reactor at Japan’s Fukushima nuclear power plant is being abandoned following a structural collapse that has trapped it inside. Following unsuccessful attempts to free it from its radioactive prison, the robot’s operators have severed their communication with the probe, leaving it stranded inside the facility that suffered a catastrophic meltdown following an earthquake and tsunami in 2011.

The robot—shown navigating the nuclear debris in the video above—can change shape in order to navigate various types of terrain, and was sent inside to measure radiation levels at the site. During its trip, it managed to capture readings of 9.7 sieverts per hour. A dose of just 2 sieverts is considered to be potentially fatal for humans, 4 sieverts is thought to be deadly unless treated immediately, and 8 sieverts is considered absolutely unsurvivable regardless of treatment. 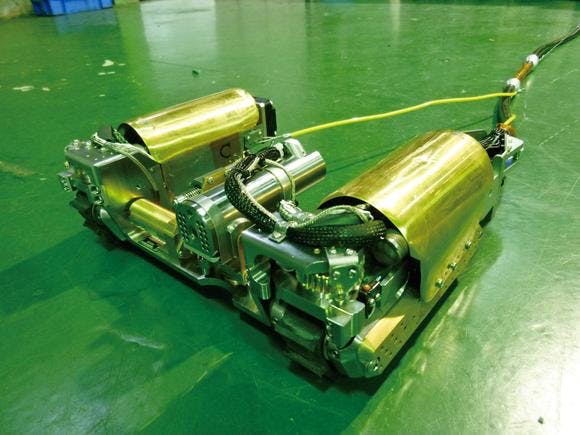 After completing roughly three-quarters of its planned trip, a falling object blocked its only path of escape, effectively stranding it inside the deadly reactor with no way out. The site is still far too radioactive for cleanup crews to begin their work, so the probe will remain stranded inside for the foreseeable future.