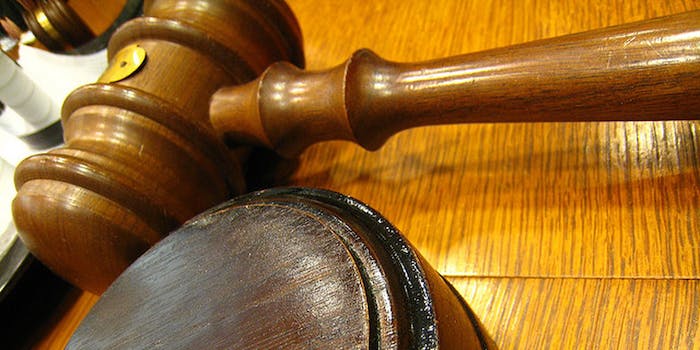 Turns out some spam isn't just annoying, it's illegal.

The Federal Trade Commission is taking a spam company to court for spreading false information about Obamacare.

According to an FTC press release, a company called Kobeni Inc apparently sent out emails telling recipients that if they did not sign up for the health care coverage by an impending deadline.

In one such email, the company wrote: “Today is the deadline to make your election or be in violation of federal law Must Receive Your Election Or You Will Be In Violation of Federal Law.” The email went on to explain, “New Federal Law signed by the President made it mandatory for all U.S. residents to have active coverage.  You will be in violation and face penalties if you do not elect.”

According to the FTC, in at least one form email, the company told recipients that they had to elect at least one of five options immediately to avoid any legal trouble. The messages then provided links insurance companies that were paying Kobeni for web traffic.

The companies were not aware Kobeni was using illegal spam to drive traffic.

So why is this illegal? By claiming that the recipients of the emails would be in violation of the law not to select a health care plan, the FTC alleges that Kobeni violated the Federal Trade Commission Act. The agency further alleges that Kobeni broke the law by not providing recipients with a mailing address or a way for recipients to opt out of further messages.

In relation to the Affordable Care Act, this case is the first of its kind. The agency didn’t state whether other spam-based frauds were committed by exploiting Obamacare.