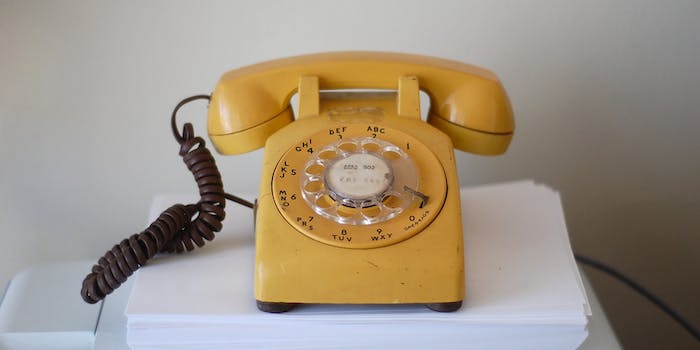 The FTC's getting creative in its attempt to stamp out robocalls.

Consumers notched another win in the war against robocalls Monday, as the FTC picked a favorite new app to block automated phone messages.

The Federal Trade Commission launched the contest, playfully named “Robocalls: Humanity Strikes Back,” back in March, and narrowed down the list of contestants at the hacker conference DEF CON in early August. On Monday, it announced that its judges had picked RoboKiller, an app created by Ethan Garr and Bryan Moyles, to win the $25,000 first-place prize.

RoboKiller, which is fundraising on Kickstarter during limited beta testing, uses a rather clever system for identifying robocallers. The app essentially pretends to answer the phone, at which point a robocaller will begin its automated message, letting the app know to block the call before the user’s phone ever rings. Human callers proceed as normal once the app determines that no automated message is playing.

“Calls forwarded to RoboKiller are [processed by] our robo analytics engine (RAE), which uses our audio-fingerprinting technology to analyze each call,” the app’s Kickstarter page explains. “Our novel algorithm uses more than a dozen points of analysis to determine whether a call is from a robot, as well as real-time data lookups to determine if a robocall is from a legitimate, legal source.”

Garr and Moyles work for an app-maker called TelTech Systems, and they wrote on their Kickstarter that they “were given permission by the company’s executive team to build RoboKiller on our own time.”

The second-place finisher, Hemant Sengar, received $10,500 for his app, which used a similar audio-processing engine.

Photo via Billy Brown/Flickr (CC BY 2.0)