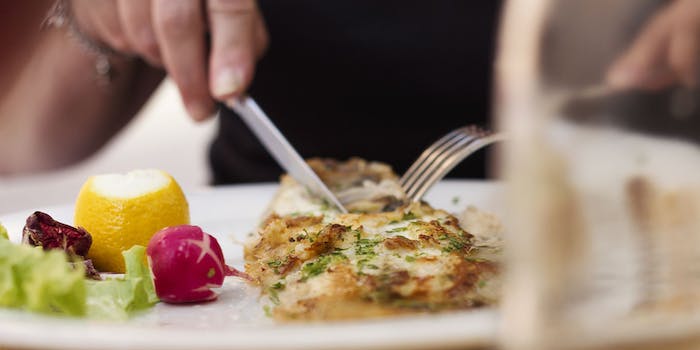 This restaurant lets you pay by Instagramming your food

Some chefs throw people out of their restaurants for taking photos of their food, but one foodmaker is taking a different approach to posting food pics on social media. A series of pop-up restaurants in the U.K. called The Picture House is rewarding people who post photos of their food to Instagram and Twitter with free meals. The London location is already open, with spots in Leeds and Manchester set for June. All will encourage eaters to keep their iPhones at the table.

It’s part of a marketing campaign for Birds Eye, a company that sells prepared food. Diners at The Picture House will receive Birds Eye food for free if they snap some pictures and label them with pre-selected hashtags, like #PictureHouseLondon and #PictureHouseLeeds.

There’s even an in-house food Instagramming expert, a Norwegian food photographer named Marte Marie Forsberg. Forsberg gives diners tips on how to make their pictures look more appealing, and even offers a workshop.

U.S. readers who want to dine for free in exchange for snapping pictures shouldn’t get their hopes up. Birds Eye doesn’t have the same presence in the States, so don’t expect to see a similar pop-up shop from the company in New York or Chicago. Not every restaurant in America hates Instagram pictures, anyways: spots like Comodo, in Manhattan, have explicitly encouraged patrons to log on and snap their way through meals. Maybe they read the research that says food tastes better after you take a picture of it.

This sounds like a huge win for people who abuse the #foodie hashtag, but it’s not a likely trend to catch on. Sure, giving away meals in exchange for social media posts will drum up some publicity, but once the novelty wears off, it’ll be like giving away food for free. And that’s not exactly the most solid business plan.