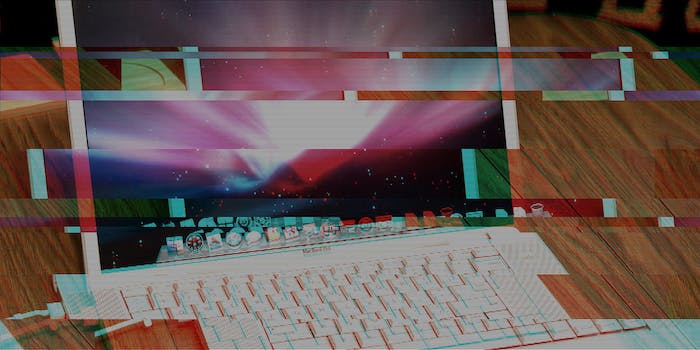 After two deadly terrorist attacks took 141 lives in Paris this year, the French government has vastly expanded surveillance and limited personal liberties in the name of security.

While both of the country’s major political parties—Socialists and Republicans—have thus far backed the swelling surveillance state, one unlikely pocket of resistance emerged from a corner of the political spectrum.

That opposition, however, is transparently self-serving and already beginning to dwindle.

“They didn’t suddenly develop a sympathy for Muslims.”

National Front has been a fringe political movement in France for decades, only recently gaining significant power. They opposed a recent bill, which was widely and unfavorably compared to the USA Patriot Act, which was used to greatly expand the U.S. surveillance state, in large part because they feared their own members could become targets of such surveillance.

“The extent to which they oppose the status quo depends on whether or not they’ll be targeted,” Eva Galperin, global policy analyst at the Electronic Frontier Foundation, told the Daily Dot. “They didn’t suddenly develop a sympathy for Muslims.”

As the National Front’s influence rises, as it has in polls for months, their opposition to France’s booming surveillance state has eroded.

National Front’s leader, Marine Le Pen, says she approves the extension of France’s state of emergency, which is far more restrictive than the sweeping surveillance law from earlier this year, according to Amnesty International and other critics.

The crackdown became blatantly apparent during the landmark Paris climate summit, one of the most important international events of 2015, as a ban on protesting is being strictly enforced by thousands of police. Activists were placed under house arrest and hundreds were arrested when they defied the ban.

National Front made historic gains in recent elections, including an historic win in regional elections just this week.

Beginning before both of this year’s major terrorist attacks in Paris, a swelling of anti-immigrant and anti-Muslim politics in France pushed both National Front and pro-surveillance to the forefront.

How much further France will go is an open question but, for civil liberties groups, the forecast is ominous. The nation’s current restrictive state of emergency could be extended indefinitely, and some police want to ban technology like free Wi-Fi and the Tor anonymity network, though Prime Minister Manual Valls said on Wednesday that there is no plan to do so.

“It’s definitely the time for French civil society to stand up and say we wont trade liberty for security.”

In response, critics are worried about “liberticide,” the death of “liberté” that is at the core of France’s national identity.

The specifics of France’s expanding surveillance state remain vague, but its momentum is clear. “I definitely don’t see the momentum shifting any time soon,” Galperin said.

With all three of the most prominent French political parties increasingly aligned, it’s difficult to imagine anything that would slow the government’s rapid expansion of security and surveillance powers.

“It’s definitely the time for French civil society to stand up and say we wont trade liberty for security,” Galperin said.

Photo via Jeff Geerling/Flickr (CC BY 2.0) | Remix by Max Fleishman