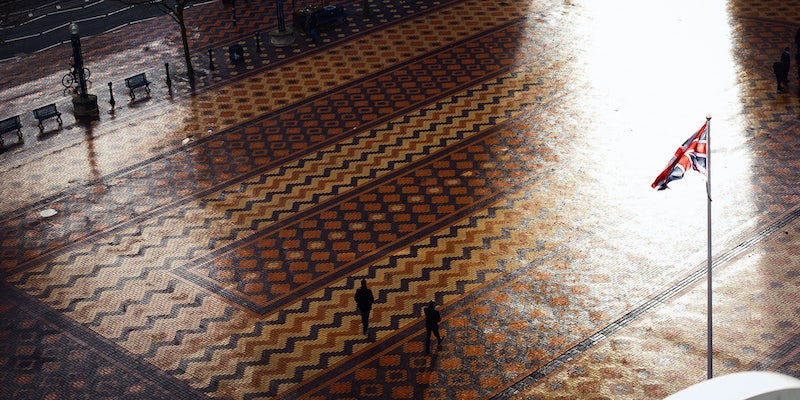 In the wake of last week’s attack on French satire magazine Charlie Hebdo, Fox News brought Steven Emerson in as a “terrorism expert,” but his lack of expertise has already made him a laughingstock.

According to Emerson, the city of Birmingham, England, is “totally Muslim.”

In a clip that went viral this weekend, Emerson claimed that some areas of Britain are “no-go zones” that have been taken over by “Muslim religious police,” and that non-Muslims “simply don’t go in” to the city of Birmingham. In reality, Birmingham’s population is about 80 percent non-Muslim.

These bizarre claims inspired the #foxnewsfacts hashtag, which people have been using to poke fun Steven Emerson’s segment. What else is going on in Britain that we don’t know about? Luckily, the citizen journalists of Twitter are here to uncover the truth.

I want to see #foxnews on all British cities. "Manchester, where Catholics as big as horses eat manflesh." "Bath, where a whelk is mayor."

The queen is now being made to wear the Islamic head covering due to sharia law enforcements in the uk #foxnewsfacts pic.twitter.com/q0P7ZLlcsf

The city is now called Birming because Ham is not halal. #foxnewsfacts

Emerson has since apologized for his statements, saying, “My comments about Birmingham were totally in error. … I do not intend to justify or mitigate my mistake by stating that I had relied on other sources because I should have been much more careful.”

It’s unclear what led Emerson to believe that Birmingham was a “totally Muslim” city, but we won’t be surprised to see him return to Fox News once the dust has settled. Back in 2013 he made another on-air blunder on Fox’s Hannity show, saying that a Saudi national was involved in the Boston marathon bombing. This claim was quickly dismissed by Homeland Security as a conspiracy theory, but even after a mistake like that, he was still invited back as an expert in the field.

Photo via vasilennka/Flickr (CC BY 2.0)