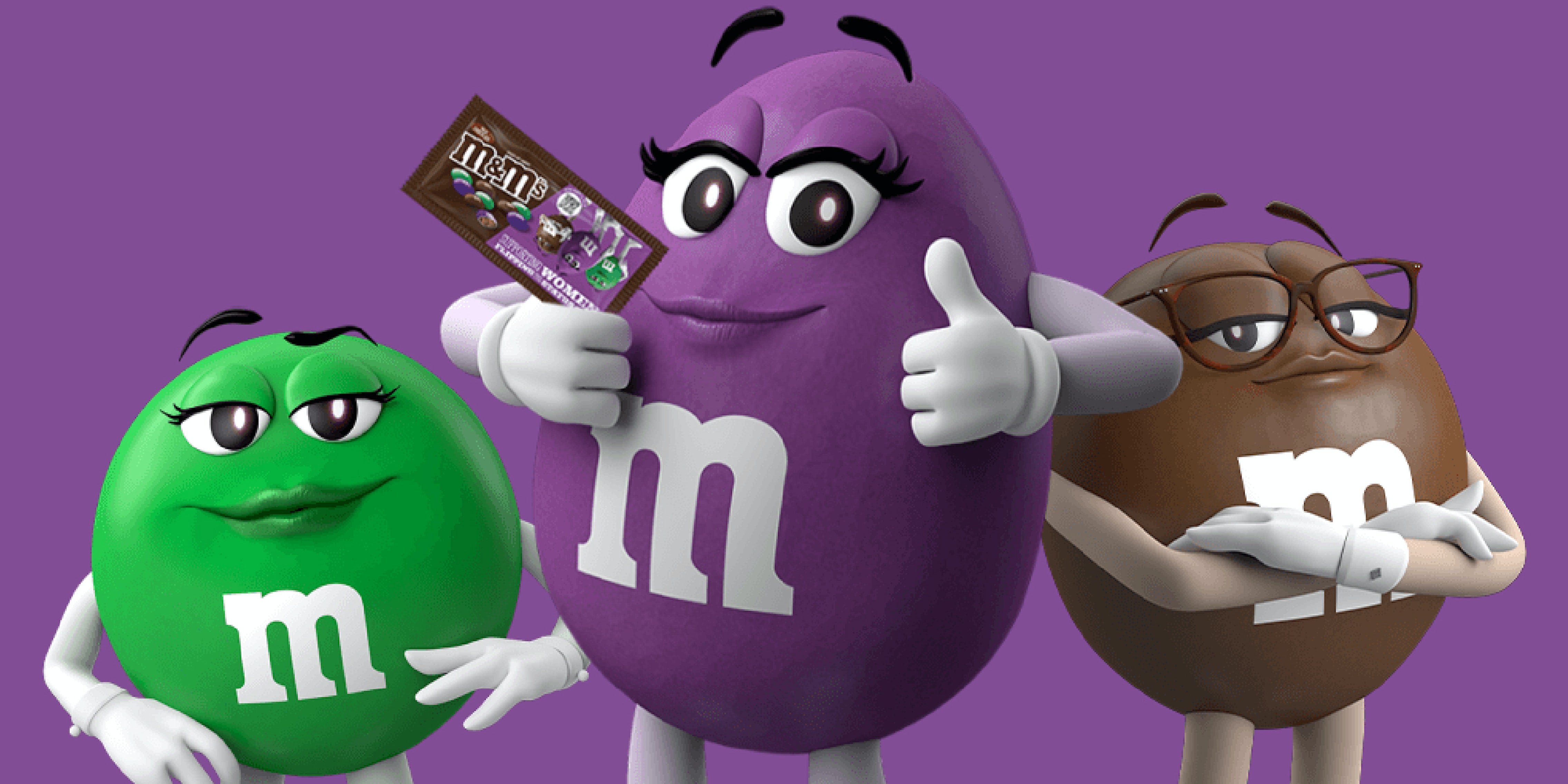 The conservative network argues that the candy will have a negative affect on U.S. foreign policy.

Fox News is taking aim at M&M’s after it was revealed that the candy would soon come in an all-female version.

The outrage began when Mars, the company which produces the chocolate candy, announced in a press release last week that it planned to produce packs “spotlighting dynamic female M&M’S characters.”

“The all-female packs celebrate women everywhere who are flipping the status quo,” the company said. “The limited-edition product will feature Purple, Brown and Green on inspirational packaging, plus be the first united representation of the female trio spokescandies.”

Yet the campaign, which will also see a portion of the proceeds given to women’s charities, immediately received backlash from conservatives.

Some pointed to a post made by M&M’s Twitter account in 2015, in which two female characters are holding hands, as proof that the new campaign was somehow part of Mars’ apparently secret effort to promote lesbianism.

Both the picture from 2015 as well as the latest announcement eventually made its way to Fox News and appeared to draw the ire of the network’s pundits.

One anchor argued that the campaign, specifically the introduction of an “inclusive” purple-colored character, would only serve to further weaken the U.S. on the geopolitical stage.

“This is the kind of thing that makes China say ‘Oh good, keep focusing on giving people their own color of M&M’s while we take over all the mineral deposits in the entire world,'” the pundit said.

The outrage quickly made its way to Twitter shortly after, where conservatives threatened to boycott the candy producer.

“Just what we needed… ‘woke’ candy companies,” one commenter said.

In a statement on the campaign, Gabrielle Wesley, Chief Marketing Officer, Mars Wrigley North America, said that the new product was merely intended to celebrate and honor women.

“The M&M’S brand is on a mission to use the power of fun to create purposeful connections, as we work to create a world where everyone feels they belong,” she said. “Women all over the world are flipping how they define success and happiness while challenging the status quo, so we’re thrilled to be able to recognize and celebrate them – and who better to help us on that mission than our own powerhouse spokescandies Green, Brown and Purple?”

Incredibly, this is far from the first time that conservatives have become outraged over M&M’s.

“M&M’s will not be satisfied until every last cartoon character is deeply unappealing and totally androgynous,” Carlson said at the time. “Until the moment you wouldn’t want to have a drink with any one of them. That’s the goal. When you are totally turned off, we’ve achieved equity.”

The bizarre display is just the latest entry in an ever-growing list of culture war complaints from the biggest news network in America.