"I would never want to cover up someone’s vagina odor," she tells us.

The founder of Sweet Peach does not want to make vaginas smell like peaches. Audrey Hutchinson, 20-year-old entrepreneur and creator of Sweet Peach, wants to give women the ability to monitor and enhance the good bacteria that resides in their vaginas to prevent health issues like infections.

Hutchinson tells me her company was not prepared to launch, but after two men she had consulted with on the project talked about Sweet Peach on stage at the DEMO conference last week, the idea gained massive attention—for all the wrong reasons.

Austen Heinz of Cambrian Genomics and Gilad Gome of Personalized Probiotics discussed Sweet Peach, a supplement which they said could make the vagina smell like peaches by using DNA printing technology. They gave this pitch without mentioning Hutchinson. After the Daily Dot published our first article about Sweet Peach, Heinz sent us a number of emails, including an unsolicited email with personal medical information attached, but he still failed to mention Hutchinson’s name.

Turns out, Sweet Peach was completely misrepresented at the conference. Hutchinson, a former student at Bard College and recipient of the Distinguished Scientist scholarship, is creating a probiotic that could help women manage and control the good bacteria in their vaginas.

“If your vagina is healthy, it will smell good—I would never want to cover up someone’s vagina odor, its one of the most important indicators of having an infection,” Hutchinson said in an interview with the Daily Dot. “It would be bad to cover that up, and live with an infection that they don’t know about.” 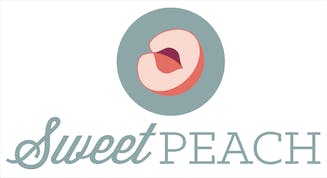 Bad bacteria and chemical imbalances in the vagina can lead to things like urinary tract infections (UTIs), a medical issue that Hutchinson herself suffers from. Her own experiences with UTIs were a large part of what inspired her to create Sweet Peach—to give women the ability to manage tiny bacteria in the body to prevent such infections in an affordable way. If a woman has an unhealthy vaginal microbe, it can cause “vaginosis,” which can increase the risk of infections like STDs, as well as impact reproduction.

Hutchinson’s company will allow women to take a swab of their vagina and send it to Sweet Peach for analysis—it would then be genetically analyzed to figure out the specific type of microbial species residing inside it, and then Sweet Peach would design a probiotic supplement that would compliment those good microbes. The temperature-controlled package would contain all the supplies necessary to do a vaginal swab at home.

“If you can enhance the woman’s innate defenses enough, the chances of a pathogenic bacteria colonizing and causing an infection are really decreased,” she said. “The idea is that the probiotic will not give pathogens a chance to cause an infection.”

Hutchinson had the idea for Sweet Peach in May, and began reaching out to different people she thought could support the idea, including Heinz at Cambrian Genomics. Because DNA sequencing technology is needed to produce the personalized probiotics, and she herself doesn’t have the capacity for it, Hutchinson said she thought that Cambrian Genomics might be a good resource. Heinz now owns a 10 percent stake in her company with no advisory or directory role, and Hutchinson said she’s still in discussion with a handful of other people to do the actual DNA sequencing. She also needs to find an FDA-approved probiotics manufacturer.

Hutchinson also hopes to work with the Human Microbiome Project: If women agree to anonymously provide microbial data to the project through Sweet Peach, that data can be used to better understand the correlation between changes in the vaginal microbe and the impact on women’s health.

Hutchinson said Heinz’s and Gome’s actions have been unwarranted and irresponsible, and the attention Sweet Peach has received has forced her to launch the company early.

“I described it to my mom as walking up to your house, seeing it on fire, and only having one bucket of water,” she said. “But I do think there is a light at the end of the tunnel.”

The Tilt crowdfunding campaign is now live, but since she had to move up the start date, the perks include a reserved spot in the pre-order, rather than a pre-order itself.

Despite her disappointment over Heinz’s early pitch of her company, she said he’s been an ardent supporter of Sweet Peach and of herself as a young female entrepreneur, and she’s proud to have him as a stakeholder.

“I wanted to publicize this company in a way that started a dialogue where we can talk about vaginal health that wasn’t shameful or embarrassing,” Hutchinson said. “Health issues are health issues. We should be talking about them, and be eager to find more affordable solutions.”

Update 3:32pm CT, Nov. 24: Hutchinson has postponed the Tilt campaign, initially live on Monday, until the company’s video is completed, which she says will likely be early next week.

Photos via of Audrey Hutchinson