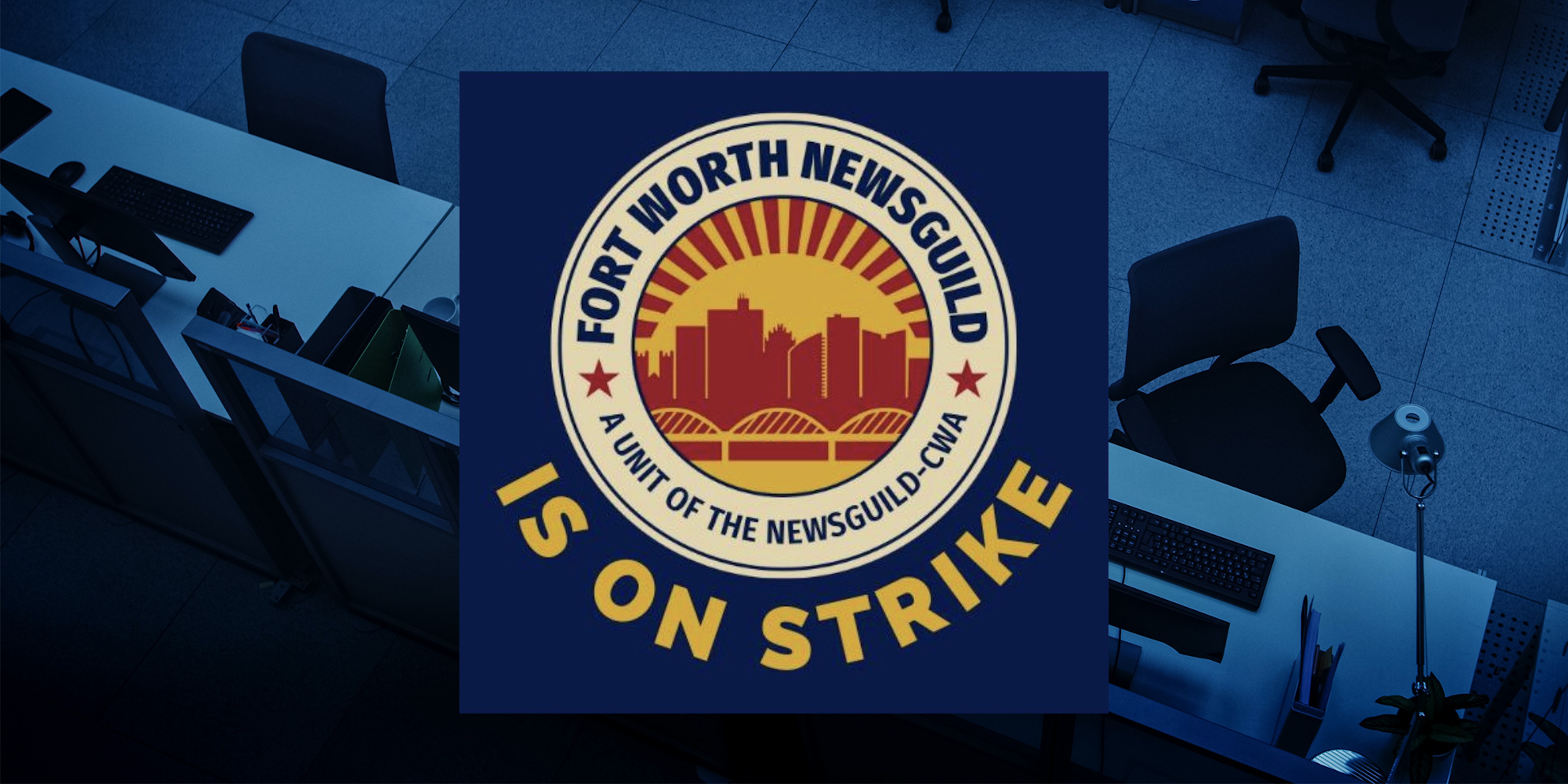 Reporters have been locked out of their emails and work laptops.

The Fort Worth Star-Telegram newsroom is currently on strike, pushing for better working conditions. In response, the paper’s ownership locked employees out of their emails and changed their out-of-office emails, according to staff members who spoke with the Daily Dot.

In a series of tweets, Kaley Johnson, a criminal and social justice reporter for the Star-Telegram, said that workers were disconnected from their work emails and work laptops after going on strike.

Johnson said her colleagues made their out-of-office message, before they walked out, a pro-union call to fight for a fair contract. That way, anyone who emailed reporters after the strike would see what was going on.

“Hello, I am on strike with my Fort Worth Newsguild colleagues as we fight for a fair contract with our parent company, McClatchy,” the out-of-office replies stated. “I will be back when McClatchy leadership bargains fairly and ensures fair working conditions.”

However, according to Johnson’s tweets, and emails reviewed by the Daily Dot, management changed their auto-reply to strip it out of its union message.

Now, when people email striking journalists, they only see that they “unavailable” with any information about the strike removed.

The Daily Dot attempted to contact two unionized employees through their work emails and received a similar message.

Earlier in the day, employees were also notified that their healthcare would be ending.

“The Fort Worth Star-Telegram is serving our communities, covering the news that matters to Tarrant County and North Texas,” said Steve Goodman, the Star-Telegram’s executive editor said to the Daily Dot. “We continue to bargain in good faith and look forward to reaching an agreement.”

The Star-Telegram is owned by McClatchy, a large newspaper conglomerate. It’s unclear if either McClatchy or executives at the Star-Telegram were responsible for the email change. Neither responded to questions about who changed the out-of-office messages.

Isaac Windes, a reporter at the Star-Telegram and president of the Fort Worth News Guild, said replacing their auto-reply messages and stripping employees of healthcare is “union busting 101.”

“That move plus removing benefits shows what kind of company we are dealing with and strengthens our resolve to get a fair contract our reporters and photographers deserve,” he said in a Twitter DM to the Daily Dot. “It would be easier for the company to come to the table and bargain in good faith so we can get back to doing the jobs we signed up to do—and care deeply about. We’re waiting.”