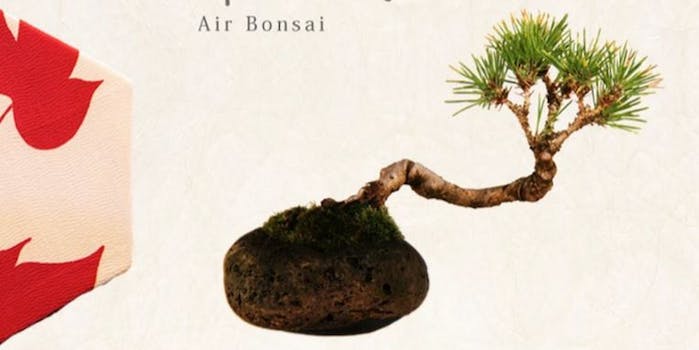 People are serious about their floating plants.

A floating bonsai tree is well on track to making millions of dollars on Kickstarter. 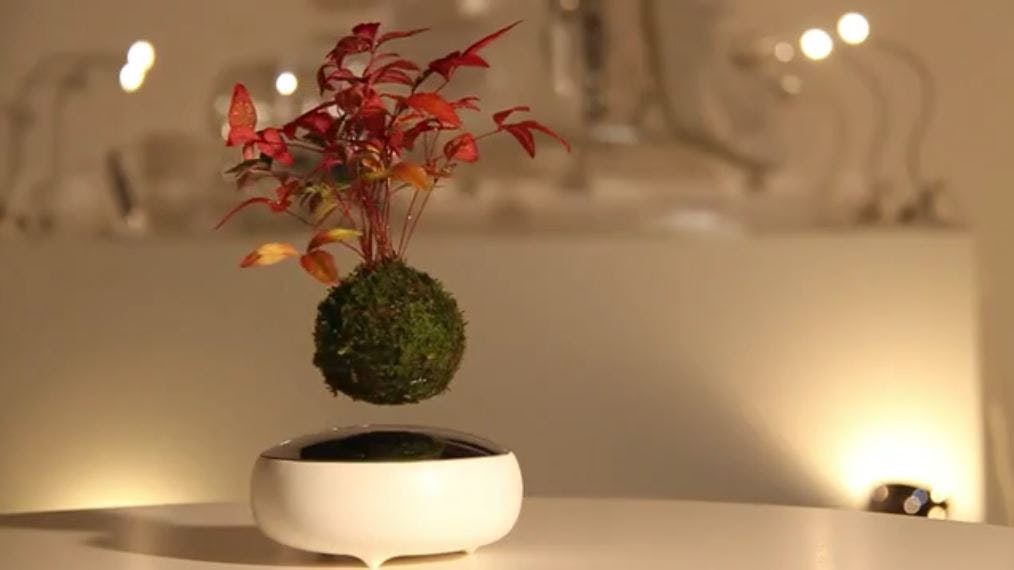 Air Bonsai is the creation of Hoshinchu, a six-person Japanese company. It consists of two main parts: a “little star” and an energy base. The “little star” is a magnet wrapped in a sponge that allows for the transplanting of flowers. The energy base sits underneath the orb-shaped “little star” and uses its own magnet to push away from the plant, allowing the shrub to float and spin three centimeters above the base.

It is the same technology used in Lexus’s levitating skateboards and floating Bluetooth speakers, and it’s probably what keeps Star Wars droid BB-8‘s head on its body.

Setting everything up is pretty straightforward: create a hole in the orb, plant the bonsai tree, place the orb above the AC-powered base unit, and continually readjust it until it sits or spins as you prefer.

The Air Bonsai Kickstarter campaign has 34 days left, but it has already received more than $395,000 in funding, far surpassing its $80,000 goal. 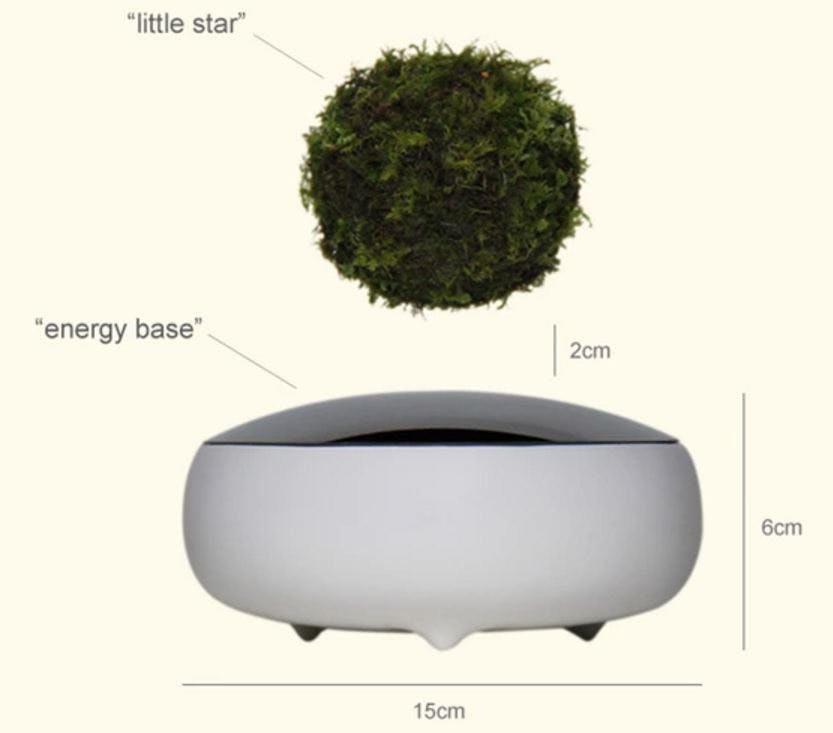 There are a number of purchasing options covering all price ranges. The little star orb costs $15 on its own, a box set with both pieces (excluding the plant) goes for $200, and two people have even spent $10,000 on a package that includes the box set with a plant, a handmade energy base, and a tour of both a bonsai garden and the Air Bonsai craft workshop in Japan, with travel expenses and accommodations included. 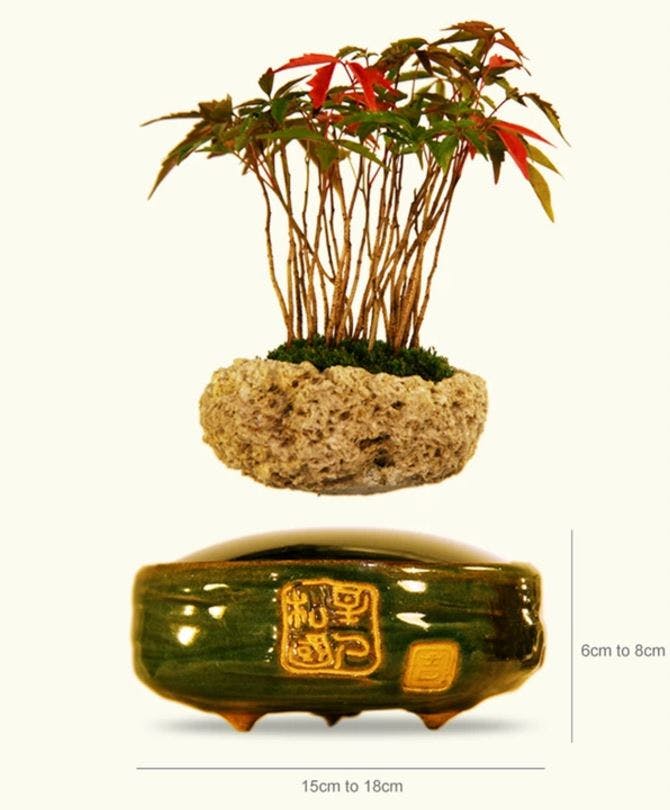 The main challenge for this Kickstarter campaign is not the technology but sourcing the plants. Hoshinchu can’t export bonsai trees, so the company works with bonsai and plant makers in the United States to fulfill its orders. Backers from countries outside of the U.S. and Japan will unfortunately have to provide their own flora.

Japan’s proclivity for magnetic-levitation solutions has already brought us the the fastest train in the world. It’s now bringing us further into the future with what we never knew we needed: floating trees.