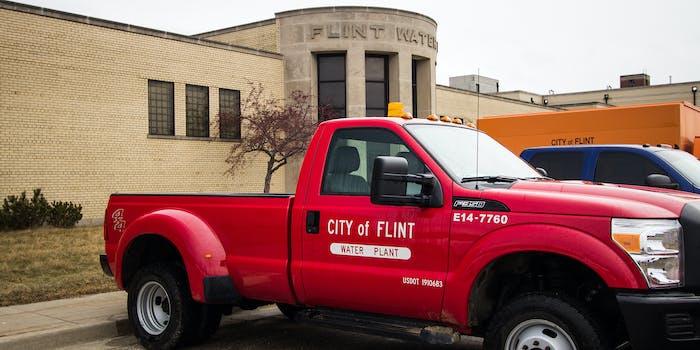 Michigan's attorney general says 12 deaths must not be 'swept under the rug.'

The charges were announced on Monday by Michigan Attorney General Bill Schuette whose office has now filed 43 charges against 13 individuals linked to the mismanagement of the drinking water contamination.

“Twelve people have died from legionnaires disease,” Schuette said. “Twelve people. That cannot be swept under the rug,”

“We will proceed to deliver justice and hold those accountable who broke the law.”

Schuette called Flint, Michigan, a city where “so many things went tragically wrong,” but one where those who were broke the law would be held accountable. The crisis is not “an accident,” he said, but “a casualty of arrogance, disdain, and a failure of management—an absence of accountability, shirking responsibility.”

Schuette has so far charged a total of 13 people in connection to Flint’s water contamination scandal.

Schuette criticizes the water poisoning investigation for fixating on financial matters. “This fixation cost lives,” Schuette said. “This fixation came at the expense of protecting the health and safety of Flint. It’s all about numbers of people; money over health.”

“We will proceed to deliver justice and hold those accountable who broke the law,” Schuette said. “Period.”