What can we expect from the first Apple Watch apps?

No one really knows what the watch will be like—not even the developers making its first apps.

It’s difficult to remember a world without apps. But pre-iPhone, software programs were applications, utilitarian things that ran on your computer. There was no “app” abbreviation, and the full word called to mind hours spent job hunting rather than Candy Crushing.

When Apple introduced the iPhone in 2007, that all changed. The phone’s release nearly overshadowed one of its most significant side effects. Sure, we were eschewing our Razrs for newfangled, Internet-in-your-pocket devices, and that alone was significant. But what the iPhone was really starting was the app economy.

The mobile app ecosystem is now a multi-billion-dollar industry. Having an app is quickly becoming as necessary as having a website.

Now, app developers have a new challenge: the Apple Watch. It’s smaller, we’ll use it differently, and it may need to interact with iPhone apps. But the biggest challenge facing developers is that the Watch is untested and unknown.

“There were some significant challenges to making an app for a product that’s not even released,” Andrew Slaughter, one of the creators of the first fart app for Apple Watch, told me via email. “Not having access to the hardware, we have to rely on a simulated version of the watch screen working with a simulated version on an iPhone through Apple’s developer tools. We just have to hope that it works with the actual hardware.” 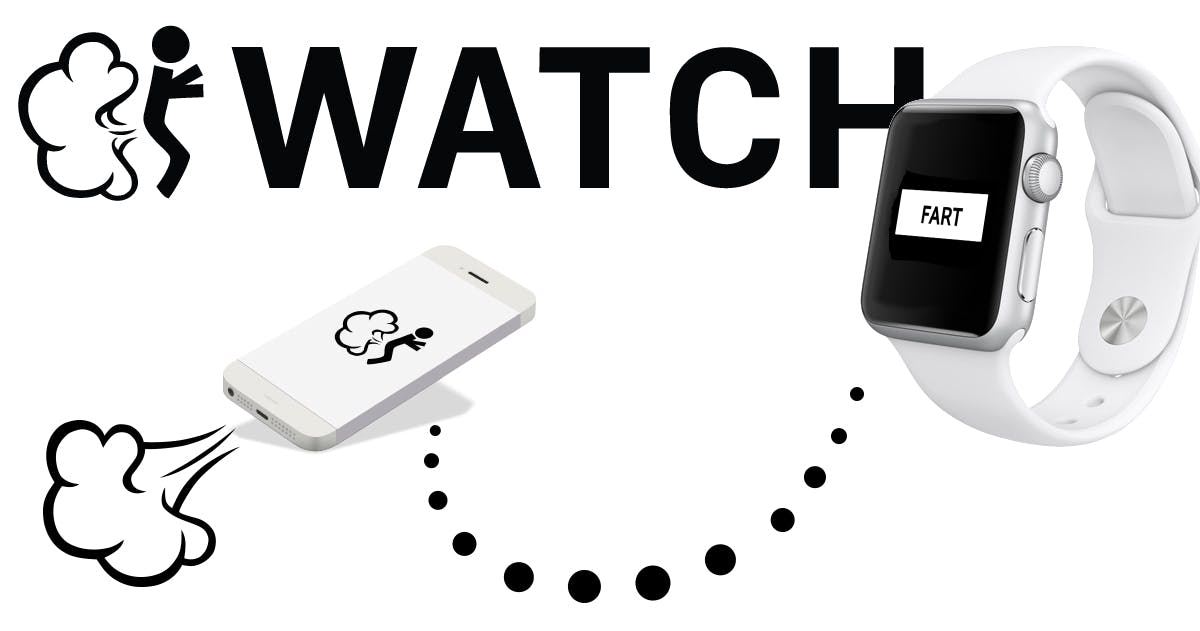 Also complicating matters is the fact that at the moment, Apple is only accepting native apps for the Apple Watch.

“The watch has to be tethered to an iPhone at all times, and the third-party apps running on the watch are actually, in fact, running on the iPhone,” Slaughter explained. “The watch is then basically used an an extended display for the iPhone app.”

“I think Apple probably did this to extend the battery life of the watch—all the computation is happening on the phone,” Slaughter continued. “It seemed like a very last-minute decision to go that way—some of Apple’s documentation for developers has information about how to create a native watch app, but that option has been disabled in the developer tools.”

While there are a few simulators out there—in addition, of course, to the Apple Watch development kit—it’s a little like plotting where to build a house using nothing but a flat map of a place to which you’ve never been. To a certain extent, you’re working blind.

“Developing for the Apple Watch has been a bit of a challenge because we did not have the product itself to test with,” Richard Wolfe, developer of the forthcoming Apple Watch app BrainToss, explained. “Building great products, which we are trying to do, means testing thoroughly, but that is now limited to simulators, which is a bit tricky.”

While Apple wants developers to create apps for its smartwatch, it’s also taking options away from them. The problem seems to keep coming back to the same thing: battery life.

“[Apple’s] been shutting down more and more options for us to use, mainly due to battery drain concerns,” Wolfe said.

The Watch is still on the verge of being officially released, and there’s always the chance that Apple will give certain apps the boot. That’s something Fart Watch in particular has to watch out for, since Apple hasn’t historically been kind to fart apps.

“There’s absolutely a risk that Apple rejects our app out of hand,” Wolfe said. “The Apple Watch is being marketed as a lifestyle device, and remote fart triggering isn’t entirely fashionable. However, we’ve received a hilarious and alarming amount of tweets and comments from people saying that they weren’t going to buy an Apple Watch until they heard about our app.

“We’ve also had Apple employees emailing us their support, which is really fun for us. Hopefully our current marketing wins before the Apple Watch is even available and will persuade Apple into allowing us into the store.”

Developers eager to find success on Apple’s new hardware platform have been on an adventure of sorts, but if their work pans out, we could all be in for an interesting ride.

The earliest iPhone apps were buggy and the overall experience was a glitchy one. (That said, because we were all having so much fun when everything was new, an app crash wasn’t the tragedy it is now). Given all of the unique challenges facing this first round of Watch apps, we could experience a rough start. And this time, Apple doesn’t have our good graces and naiveté to cushion its image if its newest device falls short.

Of course, there are a few guaranteed buyers out there.

“We’ll definitely be buying one,” Wolfe told me. “We need it for testing!”