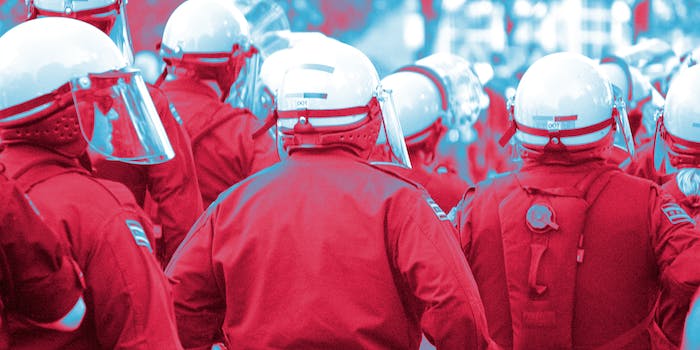 The imminent grand jury announcement has schools on edge.

At least eight schools in and around Ferguson will close Monday and Tuesday in anticipation of a grand jury decision on the potential indictment of police officer Darren Wilson.

Jennings school district, which had been considering early dismissal but chose to cancel two days of class instead, have notified parents and media of their decision, St. Louis Today reports.

Teachers have been asked to prepare homework for the days off so that students don’t fall too far behind.

School officials and police expect unrest and potential violence following the grand jury decision on whether to charge Wilson for shooting and killing unarmed 18-year-old Mike Brown in August.

Jennings supe: "With the heightened anxiety and activity, we thought It would be better for students and staff to extend the holiday."

The actual date of the grand jury decision has yet to be announced.

Other school districts in the area are also heavily considering closing and, in fact, police have requested that several do so on the days following the grand jury decision.

During the initial violence in August following Brown’s death, the Jennings school district was forced to close to protect students from “unsafe conditions.”