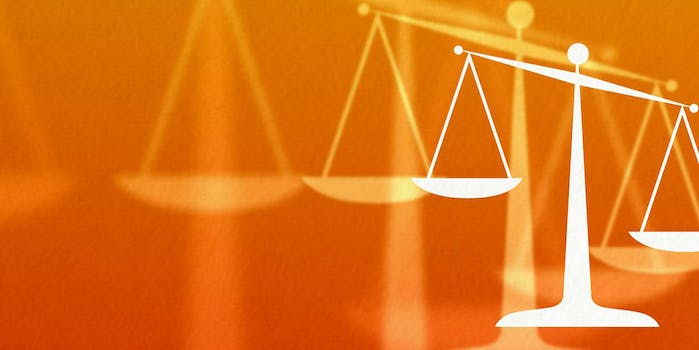 St. Louis area defense attorneys are so used to minor offenses that lead to jail time these days they’ve coined a name for them: “poverty violations.” In Ferguson, Mo., and the nearby city of Jennings, Mo., the courts frequently throw low-income black citizens in jail for offenses ranging from unpaid parking tickets to minor traffic violations.

Now, some community members have had enough. On Sunday, the six-month anniversary of the shooting of Mike Brown, lawyers from area defense organizations including the Saint Louis University Law School, sued both towns on behalf of plaintiffs from each who claim their courts are running “a municipal scheme designed to brutalize, to punish, and to profit.”

The suits are seeking injunctions against the courts to keep them from issuing any more arrests against poor citizens over unpaid fines until the suits can be heard.

Both lawsuits allege that the cities are using the fines as a profit-making scheme while subjecting the plaintiffs to degrading jail conditions and humiliating treatment:

The city of Ferguson profits substantially from fines generated from minor offenses like traffic violations. In 2013, these fines were the city’s second-largest source of income. Although the amount of revenue generated by the fines was high, the number of arrest warrants issued for unpaid fines was staggering; Ferguson with a population of only 21,000 people, issued 33,000 arrest warrants for minor offenses in 2013 alone.

The community has chafed under the heavy burden of the arrests; at the first Ferguson City Council meeting after the arrest of Mike Brown in September, the issue came up and the council proposed a 15 percent revenue cap to help keep the arrests down. The city has also proposed a number of other measures to attempt to alleviate the pressure of the fines on residents. Despite these attempts each of the plaintiffs in the lawsuit, who are all either poor or homeless, were jailed for weeks without being allowed to make bail.

The Ferguson lawsuit claims the plaintiffs were imprisoned indefinitely, were never provided court attorneys, and were never given court hearings. The Jennings lawsuit goes a step further, alleging that the court held the residents in jail in order to attempt to threaten or coerce the plaintiffs into coughing up the money for their overdue fines.

It also claims that between the police and the court system, the amounts the plaintiffs owed kept constantly changing, requiring many of the plaintiffs to remain in jail even longer. The lawsuit also alleges that since September, four jailed residents who were unable to pay their fines took their own lives as a result.

Debtors prison, or jails set up to house poor residents who can’t pay debts, are illegal in the U.S. But despite that, an investigative report last year found that all 50 states enact high court fees that often trap the poor in a vicious cycle: They’re fined because they can’t pay their fines, which quickly lands them in jail.

A 1983 U.S. Supreme Court case upheld the illegality of debtors prisons, and ruled that before sentencing a citizen to jail for unpaid court costs, the courts must first consider whether the citizen has the ability to pay but “willfully refuses.”

With such an enormously high rate of issuing arrest warrants, the question of whether jailed defendants are “willfully” refusing to pay their fines seems to be a crucial one. In Ferguson where most warrants are issued for old and unpaid fines, the average rate is 3.6 arrest warrants for every household. In Jenkins, Mo., the rate is 2.1 arrests per household.

The result is a list of defendants whose lives appear to have been debilitated by jail time as a result of court costs. The Jennings lawsuit describes the story of a 62-year-old homeless man named Edward Brown who frequently saw jail time due to unpaid fines. In a 2012 he successfully “begged” the judge not to place him in jail, but instead the Jennings judge “held him in custody until the city of Pine Lawn picked him up, and he again languished in the Pine Lawn jail for several days.”

On Monday night the city of Ferguson responded to the lawsuit with a prepared statement claiming that the allegations made against it were false. Mayor James Knowles III denied the claims, describing them as “disturbing.” Speaking to the St. Louis Post-Dispatch, he said that profit was “not a motive” for the high rate of arrest warrants and fines.

“Profit was not a motive — absolutely not. As far as the application of fines, the setting of bails, etcetera, that’s not something determined in conjunction with city budget demands.”

He went on to note that the city had just completed a major renovation of its jail, and that in August following the shooting of Mike Brown numerous sanitary and hygiene measures had been enacted to ensure the comfort of the high number of jail inmates.

These included hundreds of arrests of protesters following the shooting, many of whom claimed they were also hit with enormously high bail amounts which left them in jail for weeks at a time.

Thomas Harvey is the Executive Director of Arch City Defenders, one of the legal organizations which filed the lawsuit on behalf of the plaintiffs. Harvey told the Post-Dispatch that Ferguson and Jennings were the primary targets of the lawsuits because their arrest warrants were so numerous and their jail conditions were so poor.

“These are poor people struggling to make it week-to-week,” he said.

“These courts have prevented them from living a normal life.”