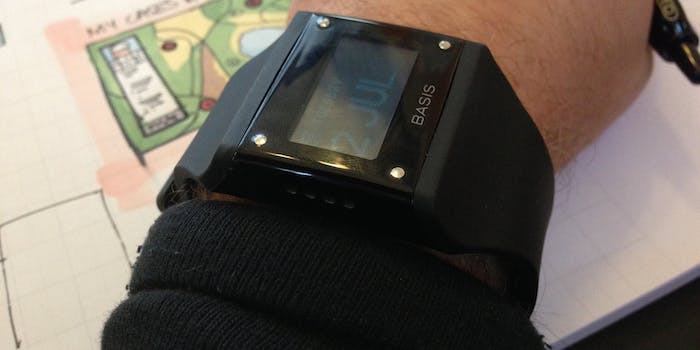 It might not be an Apple Watch, but it's does something much more important.

The field of technology-assisted medicine took another step forward on Wednesday as the U.S. Food and Drug Administration approved the sale of a wrist device that can monitor a Parkinson’s disease patient’s condition.

The device is called the Personal KinetiGraph and it comes from an Australian company called Global Kinetics Corporation. It collects data that doctors can use to plan therapeutic treatments.

The KinetiGraph was already available in Australia, but the FDA’s approval means it can be sold in the United States.

“The PKG™ Data Logger is worn like a wristwatch and features a vibrating reminder of when patients should register that they have taken their levodopa medication as prescribed by their Doctor,” the product’s website says. “It is worn continuously over six to 10 days in the home environment during the activities of daily living, during which time it uses an accelerometer to automatically record movement data.”

The FDA has been active in approving wearable medical technology this year. In February, it approved two patient-monitoring watches manufactured by CamNtech. The MotionWatch 8 and the PRO-Diary are essentially wearable activity logs that gather data on vital signs and body movement. The data can be transferred to a computer via USB and sent to the patient’s doctor for analysis.

In July, the Australian company dorsaVi Limited received approval from the FDA to sell its ViMove muscle activity monitor in the U.S. The product “consists of wearable sensors that are placed on the body to measure movement and muscle activity,” the company said in its press release. “ViMove can monitor their everyday activities, and provide immediate biofeedback to the patient and a concise report for the healthcare practitioner.”

In recent months, the agency has approved devices with medical applications for mammography, obstructive sleep apnea, HPV, and Hepatitis B.

The KinetiGraph, according to its manufacturer, “offers comprehensive, automated reporting of a Parkinson’s disease patient’s movements so that neurologists and other physicians can more easily identify changes in movement symptoms to assist in decisions to optimize therapy.”

Leading up to the Apple Watch announcement, there were reports Apple was seeking FDA approval for the device. Details for the smartwatch remain murky until a final release date comes through, but as of now it does not have FDA approval.