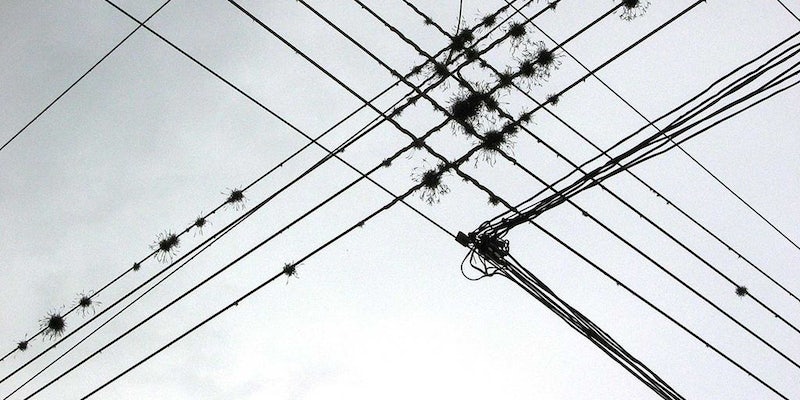 During a conspicuously high-profile FCC meeting on Thursday morning that also saw a landmark ruling on net neutrality, the commission voted to remove bans on the expansion of high-speed municipal broadband networks in Chattanooga, Tenn. and Wilson, N.C..

The vote was 3-2 along party lines, with Democrats in favor and Republicans opposed.

Municipal broadband refers to Internet service providers launched and operated by towns and cities rather than private companies.

The FCC’s stated authority to take these actions draws from Section 706 of the Telecommunications Act, which dictates the agency, “encourage the deployment on a reasonable and timely basis of advanced telecommunications capability to all Americans … [by promoting] competition … [and removing] barriers to infrastructure investment.”

“There are a few irrefutable truths about broadband,” Democratic FCC Chairman Tom Wheeler said during the hearing. “One is, you can’t say that you’re for broadband and then turn around and endorse limits on who can offer it. Another is that you can’t say you want to follow the explicit instructions of Congress to ‘remove barriers’ … but endorse barriers on infrastructure investment.”

“You can’t say you’re for competition, but deny local elected official the right to offer competitive choices,” Wheeler continued. “As they say in North Carolina, ‘that dog won’t hunt.'”

Republican Commissioner Ajit Pai framed his opposition to the bill as a state’s rights issue. He charged that, “by taking this step the FCC … disrupts the balance of power between the federal government and state governments that sits at the core of our democracy.”

Pai argued that the relationship mediating the federal and state governments is fundamentally different than the one between states and local municipalities. He insisted that a state can legally to set restrictions on its own political subdivisions’ ability to create municipal networks, even if those subdivisions wish to set up those networks; however, the federal government lacks similar the legal standing to mandate state do the opposite, Pai claimed.

Republican Commissioner Michael O’Rielly, on the other hand, expressed antipathy to the entire idea of government-operated broadband service.

“This issue goes to core important principles, the foundations of the U.S. economy and free enterprise,” he said. “For historians, you remember how government involvement was debated and dismissed long ago. … While other counties like Cuba, China, Russia and Venezuela, have effectively nationalized have private companies, the bedrock of American capital is private enterprise, free from government manipulation as a market entrant.”

This move was a long time coming. In June of last year, Wheeler wrote in a blog post that he believed that FCC had the authority to preempt state laws either banning or restricting the growth of municipal broadband networks. “Given the opportunity,” he wrote, “we will do so.”

Wheeler’s post used Chattanooga’s own municipal network as its primary example of that type of project he felt was being unfairly burdened by state-level regulations, so it isn’t particularly surprising that the city was among the first to petition the FCC to strike down the law preventing it from expanding.

State laws aimed at curbing the growth of municipal broadband networks aren’t limited to setting geographic limits on already existing networks. Twenty statehouses around the country have passed a plethora of legislation aimed at cutting municipal broadband projects off at the knees. Florida, for example, requires all government-run broadband projects to be profitable within four years, something that often doesn’t even happen in the private sector. Minnesota mandates a public referendum pass with a two-thirds supermajority before anything can get off the ground. For its part, Nebraska bans municipal Internet projects outright.

In the particular cases of Wilson and Chattanooga, the FCC elected to look at the question of whether or not states can restrict the growth of already existing municipal ISPs rather than if states are allowed to prohibit them outright or put roadblock, such as public votes, in the way of their creation.

“I think the FCC is heading in the direction that recognizes states have the authority to ban cities from building networks. But if they allow it, they cannot create additional barriers,” said Chris Mitchell, a municipal broadband advocate at the Institute for Local Self-Reliance. “So if you look at [Chattanooga] … the FCC is likely to remove barriers to cities with muni electrics but cities without muni electrics still won’t be able to build these networks.”

“I think we will see many barriers that are suspect but states will still be able to ban muni networks if they so choose,” he continued. “I don’t know whether a 50 percent referendum will be considered a barrier. In my mind, if a referendum is required for a $50 million sports stadium, should [we] have one for a $50 million fiber project?”

Wilson is a city in eastern North Carolina. After spending years attempting to work out public-private partnerships with companies like Time Warner Cable and Embarq and seeing those efforts continually fall through, the Wilson City Council voted in 2006 to build its own municipal broadband network. Two years later, the project, called Greenlight, was up and running. In 2011, it became the first ISP in the state offering gigabit speeds to residential customers.

After the introduction of Greenlight, local provider Time Warner Cable lowered its rates in Wilson, but subjected customers in neighboring communities to rate hikes. It’s a pattern that advocates for municipal broadband networks point to as one of the main reasons arguments in favor of the government getting into the Internet connectivity business—wherever more competition is injected into a local broadband market, incumbent providers almost inevitably lower their rates and boost their speeds in order to compete.

A recent report by the Government Accountability Office found that municipal networks typically offer faster speeds for lower prices than do private networks. The fastest Internet connections in the country are over a municipal network set up to serve the 7,000 person rural farming town of Ephrata, Wash.

Due to the high startup costs related to building the physical infrastructure necessary to run an ISP, combined with a concerted effort by the telecom industry to consolidate in a way that minimizes firms from having to directly battle another for customers, there is relatively little direct competition in most domestic markets among broadband providers. When Comcast, the nation’s largest cable provider, initiated a merger with Time Warner Cable, the nation’s second-largest, one of the arguments made by convincing regulators to approve the merger was that the two companies don’t compete in a single market anywhere in the United States.

Greenlight has looked to expand to area outside of Wilson County, but a law passed by the North Carolina state legislature prohibits municipal networks from crossing county lines. If customers in a neighboring county want access to a municipal network, they’re going to have to convince their government to build one, something made all the more difficult by additional state rules that prevent net municipal broadband projects from using their natural advantage as governmental entities to raise money at lower interest rates than would be charged to a private firm.

Similarly, Chattenooga, which has been held up by municipal broadband advocates as one of the ideal examples of the government-run network, has long wanted to expand, but has been hampered by a Tennessee law that only allows it to offer broadband in areas where it also offers electricity service, something the municipality is not able to widen its service area.

During his speech, Commissioner Wheeler told the story of Richard Thompson, a Tennessee resident who lives three-quarters of a mile outside of the area where Chattenooga’s municipal network, called EPB, is allowed to provide service. “Mr. Thompson has to pay $316 a month for a collage of mobile hotspots that require careful monitoring of his data consumption and don’t deliver at the kind of speeds that EPB delivers. … Yet, less than a mile away, gigabit service is available, with TV and phone, for $133.”

While the networks in both Wilson and Chattanooga have done well financially, not every municipal broadband project has been so successful. When the city of Monticello, Minn., created its own municipal broadband network to compete with the city’s two private providers in 2009, it sparked a price war that decimated the finances of the government-run operation, which wasn’t able to keep up. The system lost millions and opponents of public ISPs regularly point to its stumbles as a cautionary tale.

The FCC’s move to strike down these laws is will almost inevitably trigger lawsuits not only from the states themselves, but from independent groups like the National Conference of State Legislatures and the National Governors Association, both of which indicated earlier this year they they would take legal action if the FCC moved to circumvent the restrictions.