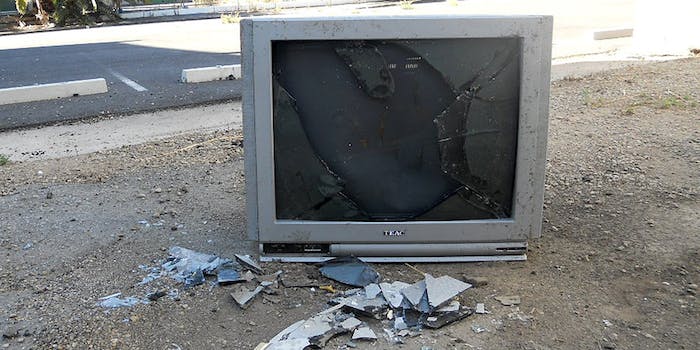 Cut your cable, or have access to each primary debate. You can only pick one.

If you’ve had trouble watching the Republican and Democratic primary debates, you’re not alone.

Americans have come out in droves to complain to the Federal Communications Commission about their inability to access debates without a cable subscription, according to documents obtained by the Daily Dot through a Freedom of Information Act request.

“It is unconscionable that such a significant event did not warrant universal access to all,” wrote one person from Seattle, Washington. “We are [registered voters] but don’t have cable. We want to hear this information too,” a Maricopa, Arizona, resident said. “Contacting the station we are just hung up on.”

“We could not watch Republican Debate as it was only on ‘paid cable networks’—we don’t have money for that.”

All five debates so far—four Republican, one Democratic—have aired on cable channels, not broadcast networks, meaning they cannot be accessed on TV without a cable subscription. Fox News, CNN, and Fox Business offered livestreams of their debates without requiring viewers to have a cable subscription. CNBC, which hosted the second GOP primary debate, did not offer a free livestream.

The mandatory cable or Internet subscription has left some voters, especially ones who say they cannot afford those services, feeling disenfranchised.

“We could not watch Republican Debate as it was only on ‘paid cable networks’—we don’t have money for that,” a family in St. Petersburg, Florida wrote to the FCC. “It eliminates poorer people like us.”

Even viewers with Internet connections who opted for the available free livestreams reported problems. “I tried the ‘free’ alternative but it was of poor quality, would interrupt and sometimes stop,” a Verizon customer in Newton, Pennsylvania said.

The biggest gripes were spurred by the third Republican debate, hosted on CNBC, as its livestream required users to have a cable login to view the livestream.

“I expected to be able to ‘stream’ the debate on my desktop computer,” one user in Cicero, New York, wrote in. “We need substantive political discourse.”

“If I had cable TV I would not need to watch the debates on the Internet!” a Corpus Christi, Texas, resident wrote. “This is not acceptable!”

As will be the case with this election cycle, the primary debates of 2008 aired on a mix of cable channels and broadcast networks. The next Democratic presidential debate, scheduled for Saturday night, will be broadcast by CBS—which is available with a TV antenna—and stream for free on CBSNews.com. NBC, ABC, and PBS will also host forthcoming debates, which will be available without a cable or Internet subscription.

View the full list of FCC complaints about the 2016 presidential debates below: