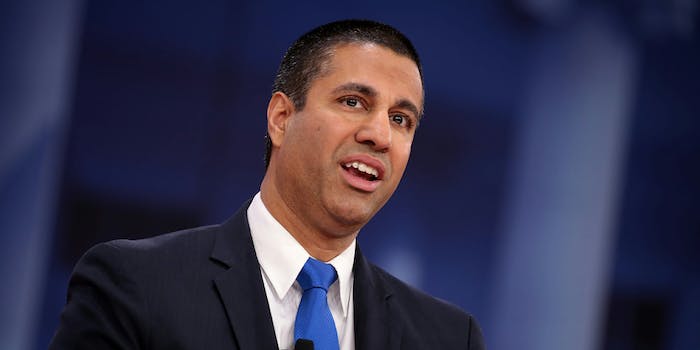 One commissioner said the report 'deserves a failing grade.'

The Federal Communications Commission (FCC) released its annual Broadband Deployment Report on Wednesday, and its findings have been criticized by several Democrats who serve on the commission.

However, the picture painted by the FCC is not sitting well with the two Democrats on the Republican-controlled commission.

FCC Commissioner Geoffrey Starks (D) wrote a dissenting opinion to the report, where he flatly says it “reaches the wrong conclusion” and “fundamentally at odds with reality.”

“While I would like to be able to celebrate along with the FCC’s majority, our broadband deployment mission is not yet accomplished,” Starks wrote. “If you are 10 steps away from your goal and you move a step-and-a -half forward, you don’t have a victory party when your work isn’t done. You give yourself a pat on the back and put your head down to achieve the remaining eight-and-a-half steps.”

Starks points out that the process in which the report was created included a massive error.

Earlier this year, a draft of the report included data from a broadband provider that said it was serving millions of customers that it actually wasn’t, according to Tech Crunch. The mistake was flagged by internet rights advocacy organization Free Press.

A corrected version of the draft report was eventually released. As Gizmodo points out, the report released on Wednesday reflects less of a drop in the number of Americans without access to the download speeds than initially depicted.

Rosenworcel said the FCC assumes that if a broadband provider says it serves one customer in a census block, that all customers within that block are served.

“This is not right. It means the claim in this report that there are only 21 million people in the United States without broadband is fundamentally flawed,” Rosenworcel wrote.