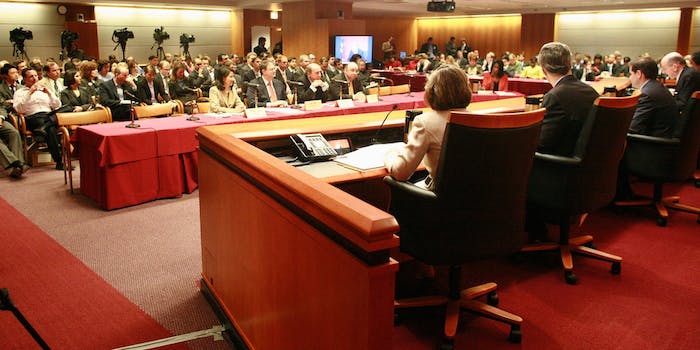 Wi-Fi will be expanded in schools across the country.

“Because of what we do today, 10 million kids will be connected next year who otherwise wouldn’t. That’s something to be proud of,” FCC Chairman Tom Wheeler said. Both sides of the aisle criticized the deal, with many noting that the funding will come on top of the E-Rate program—a part of the Universal Service Fund—which is funded by a surcharge on every American’s phone bill.

The Universal Service Fund (USF) was built to bring low-income and rural schools online. The E-Rate program is a subset of the USF that is specifically geared toward to getting schools and libraries online. The National Parent-Teacher Association (PTA) and teachers unions wanted more funding and an expansion of the E-Rate program, which can do more than just build out Wi-Fi in schools.

Republican Commissioner Ajit Pai says the FCC “has forfeited this opportunity for real, bipartisan reform of the E-Rate program. Real reform would have meaningfully simplified the application process. It would have ended the unfair treatment of small, rural schools and libraries.” In his rebuttal, Chairman Wheeler said, it would “be a mistake to simply add money to a program that was set in the 20th century.”

Statistics from the FCC show that 94 percent of schools were online in 2005, and 98 percent of libraries were connected by 2006, but most of those connections are too slow by today’s standards. Wheeler did note that the FCC should look into funding issues with the telecommunications programs. Even though the E-Rate program was capped in 1998 at $2.25 billion, the budget has ballooned to over $8 billion last year, with $2.2 billion spent on Internet expansion in schools and libraries.