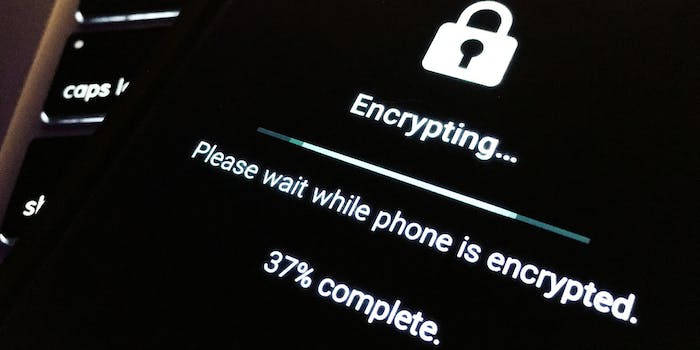 Encryption kept FBI out of nearly 7,000 phones in the past year

That's more than half of the agency's attempts.

The Federal Bureau of Investigation has been unable to retrieve the data on more than half of the devices it has tried to access in the past year, according to the law enforcement agency.

Newly-appointed FBI Director Christopher Wray said federal agents have been unable to access data from more than 6,900 mobile devices over the past 11 months during a speech he gave at the International Association of Chiefs of Police conference in Philadelphia on Monday, according to the Associated Press.

“To put it mildly, this is a huge, huge problem,” Wray said. “It impacts investigations across the board — narcotics, human trafficking, counterterrorism, counterintelligence, gangs, organized crime, child exploitation.”

The debate over strong phone encryption reached a fever pitch when Apple and the Justice Department quarreled over the iPhone that belonged to one of the suspects of the December 2015 San Bernardino shooting.

The Justice Department tried to compel the tech giant to decrypt the iPhone, and since then many phone providers have decided to encrypt their phones by default. A court battle was avoided after the FBI paid a third-party to unlock the phone and no longer needed Apple to do so.

“I get it, there’s a balance that needs to be struck between encryption and the importance of giving us the tools we need to keep the public safe,” Wray said.

President Donald Trump’s Department of Justice has suggested it will be aggressive in trying to unlock encrypted information, AP reports.

You can read all of the AP’s report here.