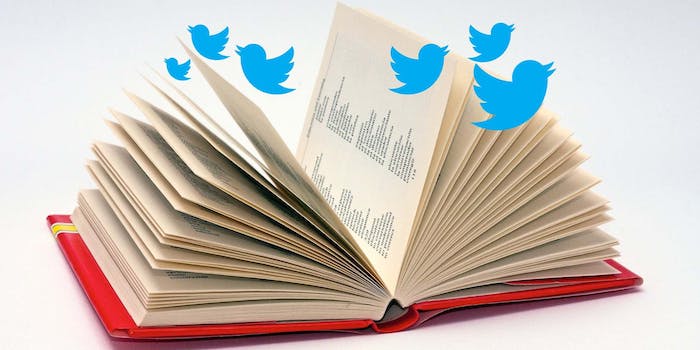 NBD, but the FBI has Twitter speak on lock. DWI.

WTF does the FBI know about Internet slang? Quite a lot, actually.

Using the agency’s “Twitter Shorthand” guide, a 2,800-entry list of Internet abbreviations and other slang, one could learn that WTF not only stands for “what the f**k?” but also “why the face?” There’s also a more polite way to say WTF, according to the FBI, which would be “what the French toast?,” or WTFT.

The guide found its way onto the Internet this week through the work of the government transparency-focused news site MuckRock, which obtained the 83 document pages by submitting a Freedom of Information Act—FOIA, in government shorthand—request to the FBI in January.

A brief header at the beginning of each of the guide’s pages explains its usefulness.

“With the advent of Twitter and other social media on the Internet, the use of shorthand and acronyms has exploded,” the introduction reads. “This list has about 2,800 entries you should find useful in your work or for keeping up with your children and/or grandchildren.”

Though any digital sleuth worth his or her salt has probably heard of this newfangled and efficient search tool called Google, FBI agents have presumably used the shorthand guide in their work investigating cybercrime, which includes toppling the digital drug empire Silk Road and taking down some of the country’s most-notorious hackers.

Someone who speaks leet might use the term “n00b” for someone who is a newbie or beginner at something, or more likely to insult the person. The term leet, which can be spelled “l33t” or “1337” in leetspeak, is derived from the word elite.