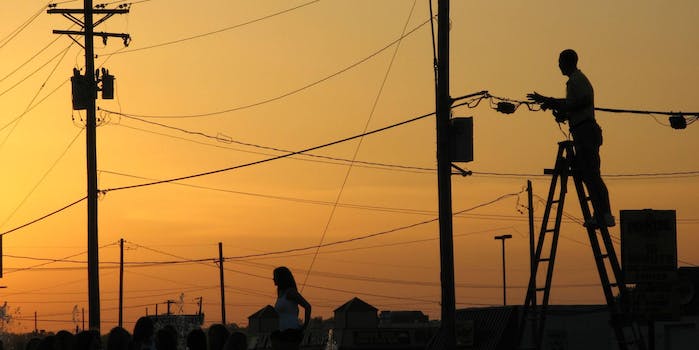 You'll never look at your Internet repairman the same way.

A judge ruled Friday that the Federal Bureau of Investigation (FBI) cannot cut off Internet service and pose as repairmen to search property without a warrant.

The background sounds like an Ocean’s 11 plot twist: The FBI aimed to break up an illegal online betting ring in Las Vegas. The scheme cut the Internet from $25,000-per-night villas at the Caesar’s Palace Hotel and Casino and allowed a cable repairman to do some secret sleuthing.

The FBI stated that it didn’t violate any laws because the suspects invited agents dressed as repairmen into the room. U.S. District Judge Andrew P. Gordon disagreed. Using such tactics would essentially allow the government to freely go into any property whenever it so chose.

Gordon wrote: “Authorities would need only to disrupt phone, Internet, cable, or other ‘non-essential’ service and then pose as technicians to gain warrantless entry to the vast majority of homes, hotel rooms, and similarly protected premises across America.”

The FBI countered by saying it uses “ruses everyday” in its undercover operations—such as posing as drug dealers—and that judges have previously allowed doing so. This situation is a bit different, though. It would have been one thing if the FBI had posed as illegal gamblers, squeezing itself into the inner circle. But posing as maintenance gives the bureau too much freedom to go after whoever it wants under the pretense that it was there to help.

It’s been a rough week for the bureau. The Justice Department and FBI recently revealed that investigators presented flawed forensic hair testimony in roughly 95 percent of its trials prior to 2000.