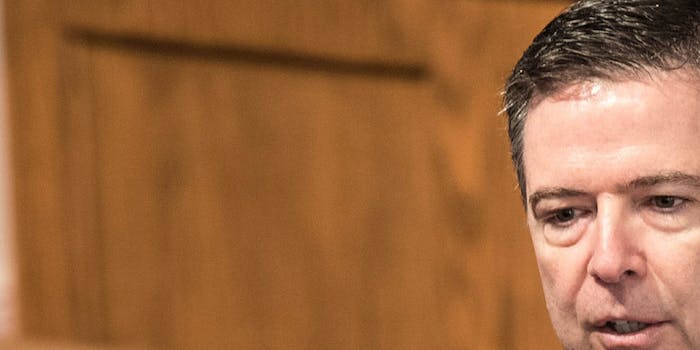 FBI to ramp up documentation of civilians killed by police

The FBI announced this week that violent crime in the United States is on the decline, but that isn’t the only good news.

“Currently, the UCR program collects the number of justifiable homicides reported by police as well as information about the felonious killing and assault of law enforcement officers,” Comey wrote. “As helpful as this information is, however, we need more law enforcement agencies to submit their justifiable homicide data so that we can better understand what is happening across the country.”

Comey said that the new data would be added to a “special publication” that focuses on use-of-force incidents, and will include additional information about the circumstances behind these incidents: what happened, who was involved, and the nature of injuries or deaths.

“We hope this information will become part of a balanced dialogue in communities and in the media,” Comey added, “a dialogue that will help to dispel misperceptions, foster accountability, and promote transparency in how law enforcement personnel relate to the communities they serve.”

The U.S. government, and the FBI in particular, has been repeatedly scrutinized for its woefully unreliable statistics of police-involved killings.

An investigation last year by the Wall Street Journal determined that hundreds of homicides by law enforcement over a 5-year period went unreported. A study of data provided by 105 of the the country’s largest police agencies found that more than 550 Americans killing by police were missing from the FBI’s figures.

“It is nearly impossible to determine how many people are killed by the police each year,” the report concluded.

In June, three reporters at the Guardian’s U.S. bureau decided that instead of relying on the FBI, they’d do the counting themselves. At time of writing, “The Counted” project lists 872 Americans killed in deadly encounters with police this year.

The Guardian notes that in 2013, crowdsourcing methods identified almost 300 more fatalities than the 461 justifiable homicides reported by law enforcement that year.

“None of these goals are in tension. None of our aims are in conflict. And so it is incumbent upon all of us to protect both the safety of our police officers and the rights and wellbeing of all of our citizens,” Holder said.