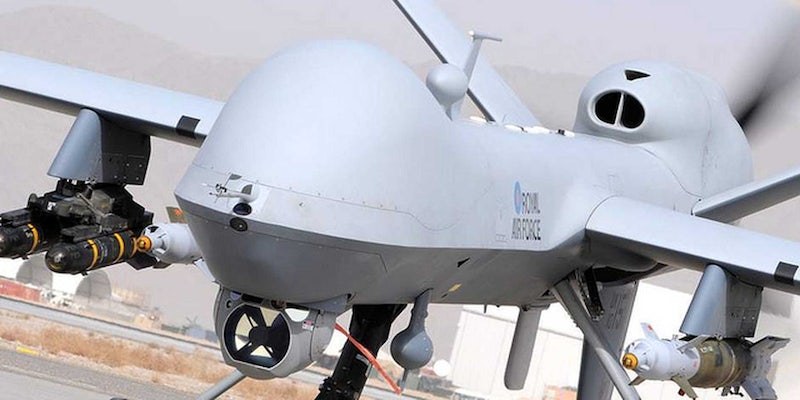 FBI casually admits it uses drones to spy on citizens

The director of the FBI dropped another bombshell about government surveillance.

At a time when revelations about how the U.S. government collects information about its citizens are coming fast and furious, the director of the FBI dropped another bombshell.

Appearing before the Senate Judiciary committee on Wednesday, Director Robert Mueller admitted that the FBI has used unmanned aerial drones to conduct surveillance on U.S. citizens domestically, albeit in a limited scope.

“Our footprint is very small. We have very few [drones],” Mueller said during questioning from Sen. Chuck Grassley (R-Iowa).

Further describing the agency’s use of drones as “seldom,” Mueller told senators that surveillance drones are only used on specific cases to follow-up on certain leads. For instance, CNN reports that drones were used by the bureau in Alabama last February to monitor the scene of a week-long standoff between law enforcement officials and the kidnapper of a 5-year-old boy.

This confirmation of the FBI’s use of drones came during an FBI oversight hearing in which lawmakers focused primarily on the bureau’s monitoring of domestic phone records. After his initial inquiry into the matter of drones, Grassley followed up with several more questions.

“Does the FBI own or currently use drones and for what purposes?” the senator asked.

“Does the FBI use drones for surveillance on U.S. soil?”

The revelation comes at a time when the FBI has faced intense scrutiny over the way it collects and monitors information about U.S. citizens. Along with the National Security Agency, the FBI has been recently implicated with accessing a wealth of online metadata about U.S. citizens through the controversial PRISM program.

Mueller’s confirmation on drone use stirred privacy-concerned members of the committee, including Sen. Dianne Feinstein (D-Calif.), who asked what “privacy strictures” the bureau has in place to protect Americans’ privacy. Mueller was unprepared to give a response to this question.

The FBI is hardly the first government agency to use drones domestically. It is already public knowledge that drones are used to monitor borders, track wildfires and survey hurricane damage. And local law enforcement agencies across the country are already moving to use them in criminal investigations. But critics say the capabilities of the technology have outpaced legislative regulations aimed at protecting constitutional rights.

“Unmanned aerial systems have the potential to more efficiently and effectively perform law enforcement duties, but the American people expect the FBI and other government agencies to first and foremost protect their constitutional rights,” Colorado Sen. Mark Udall said in a written statement. “I am concerned the FBI is deploying drone technology while only being in the ‘initial stages’ of developing guidelines to protect Americans’ privacy rights.”