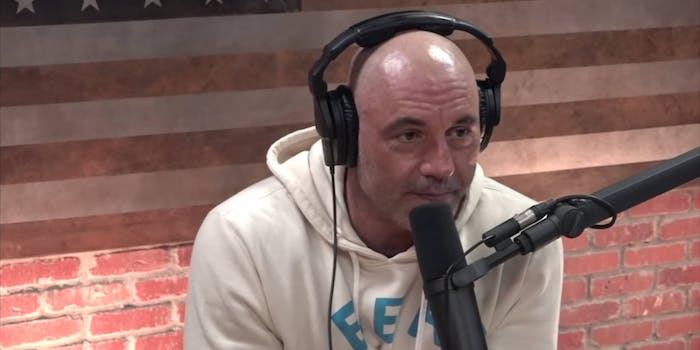 'Did Joe Rogan become a medical doctor while we weren’t looking?'

Popular podcast host Joe Rogan has declared that young people don’t need to get COVID-19 vaccines, and public health experts, including Dr. Anthony Fauci, have stepped out to publicly contradict it since the comments began going viral on April 27.

Rogan made the comments on the April 23 edition of his podcast, The Joe Rogan Experience. Axios quoted Rogan as telling his sizable audience, “If you’re a healthy person and you’re exercising all the time and you’re young and you’re eating well, I don’t think you need to worry about [getting vaccinated].”

That met with almost immediate pushback from White House Communications Director Kate Bedingfield, who said in a CNN interview, “I guess my first question would be, did Joe Rogan become a medical doctor while we weren’t looking?” She added, regarding the vaccine, “I’m not sure that taking scientific and medical advice from Joe Rogan is perhaps the most productive way for people to get their information.”

Read the rest of the Nautilus story here.