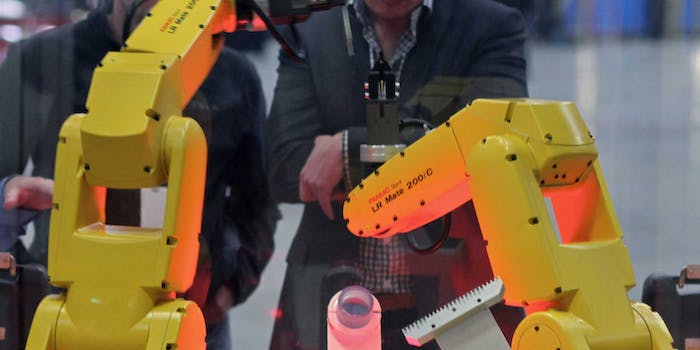 These packing robots are our new artificially intelligent overlords

And I, for one, welcome them.

By now you should know that robots are taking over the world – there are robots in this world that are so lifelike that they have physical human traits and movements. Soon, it’ll be hard to distinguish between man and a man-made machine. Robots are faster, smarter, stronger and even organize things better than us.

Take for instance, these two Fanuc robots that were on display at this year’s International PackExpo event in Chicago. One robot collects and aligns batteries into a row of four while the other robot grabs these batteries and neatly places them on a conveyor belt.

Bow down to your machine overlords, humans.