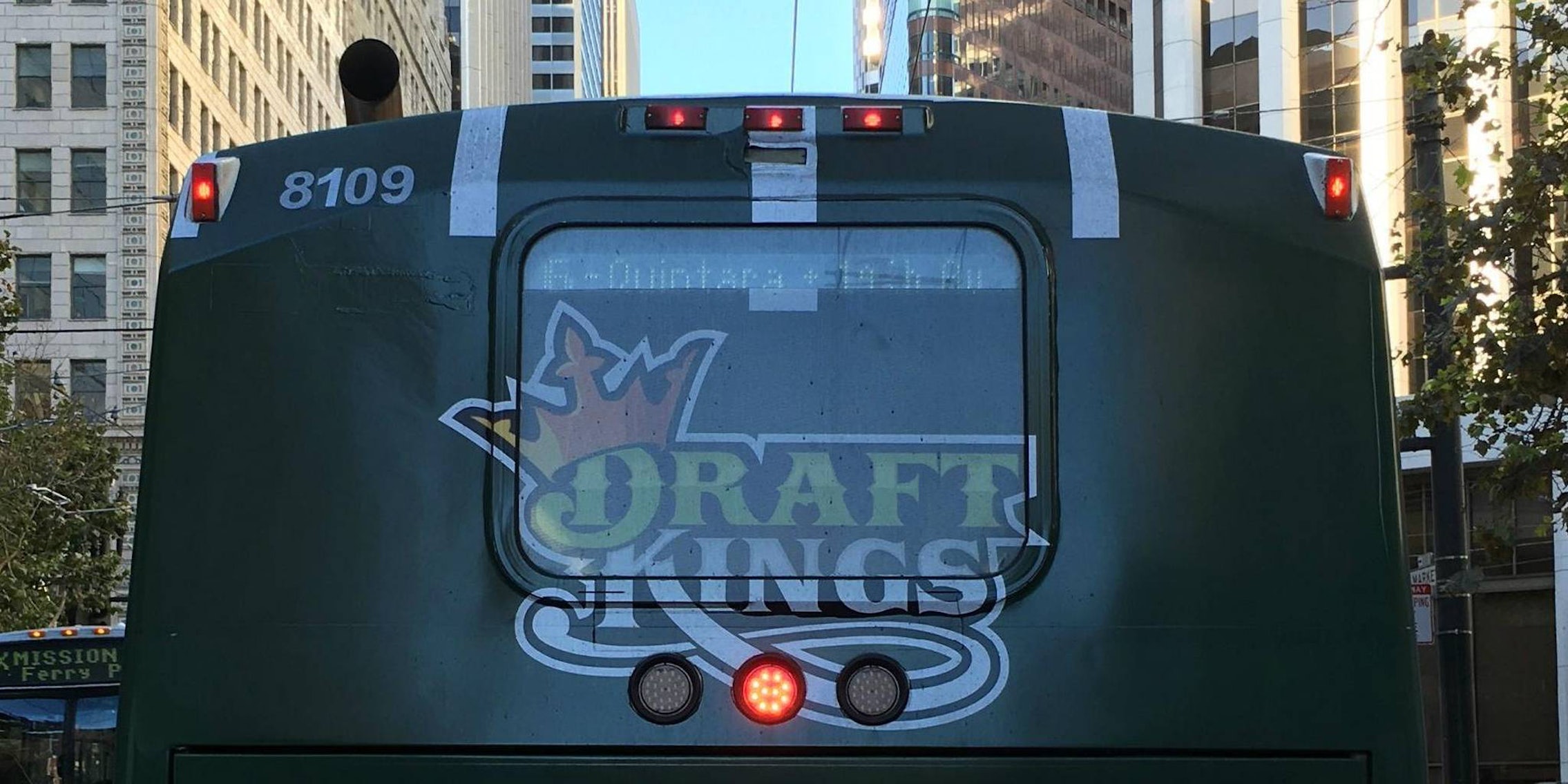 It’s been an eventful day for New Yorkers who love fantasy football. The inarguable faces of the daily fantasy sports industry, DraftKings and FanDuel, received cease-and-desist letters from New York’s Attorney General, Eric Schneiderman. These effectively make placing money on daily fantasy sports in New York illegal until the issue is argued in court, and a more permanent decision is reached.

This after Schneiderman’s office determined that daily fantasy sports is gambling and thus in violation of state laws. For their part, FanDuel and DraftKings contend their product is a skill-based game.

The ruling was prompted by an investigation from Schneiderman’s office of the sites’ employees using publicly unavailable information to place successful bets. Both advertise very heavily—and especially during NFL games—that their services allow users to assemble fantasy teams and win real money that can be withdrawn from their PayPal accounts.

The investigation was initially launched last month, when a DraftKings employee admitted to releasing data early. That same week, the employee won $350,000 on FanDuel.

Schneiderman said in a statement today:

“Unlike traditional fantasy sports, daily fantasy sports companies are engaged in illegal gambling under New York law…. Daily fantasy sports is neither victimless nor harmless, and it is clear that DraftKings and FanDuel are the leaders of a massive, multi-billion-dollar scheme intended to evade the law and fleece sports fans across the country.”

The fantasy gambling giants were not pleased with the letters they received. FanDuel said, in a responding statement:

“The game has been played — legally — in New York for years and years, but after the attorney general realized he could now get himself some press coverage, he decided a game that has been around for a long, long time is suddenly now not legal…. The only thing that changed today is the Attorney General’s mind.”

Chiming in, DraftKings said in their own statement:

“He did not take any time to understand our business or why daily fantasy sports are clearly a game of skill…. We strongly disagree with the reasoning in his opinion and will examine and vigorously pursue all legal options available to ensure our over half a million customers in New York State can continue to play the fantasy sports games they love.”

Schneiderman’s ruling comes at a bad time for the companies, with the NFL season in full swing, and for those playing on the sites. Further details are sure to emerge quickly in regards to enforcing the ban on fantasy sports betting in the state of New York, and on the full strategies of DraftKings’ and FanDuel’s lawyers on overturning the legality of an industry Schneiderman’s office estimates to be worth $2.6 billion dollars.

Both companies, combined, have raised more than $800 million from investors, though neither is yet profitable, according to ESPN’s Darren Rovell.