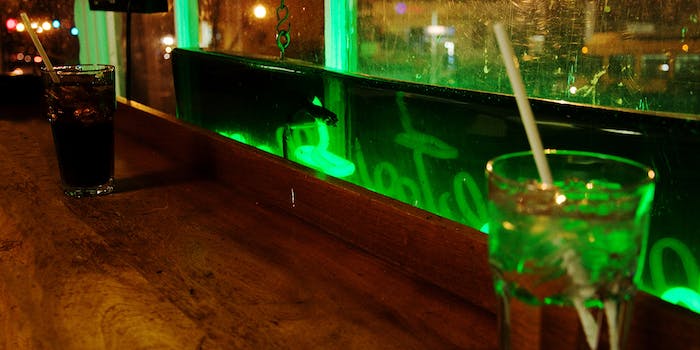 The campaign posters are fake, but their message is very real: No more Rob Ford.

“Elect Jeff McElroy. He promises to just smoke pot as mayor,” the signs read. “Not crack.”

Signs like this are popping up all over Toronto, much to the delight of Torontonians who have the Internet.

Jeff McElroy is running for Mayor of Toronto. He has created the greatest political billboard of all time. Honest. pic.twitter.com/pdUcrv6Gnq

Advertisement Hide
Post by Stop Ford From Destroying Our City.

The posters don’t depict Ford’s real opponents in the upcoming mayoral race, but they are part of a grassroots campaign to oust the controversial mayor led by No Ford Nation, a nonprofit headed by novelist Christina Robins.

The organization started in 2011 as a Facebook group, but took its anti-Ford message to the streets of Toronto this week with the help of advertising agency Rethink, who provided pro bono consultation. Robins told us there are over 100 of the posters spread throughout the city, though they’re getting removed quickly. “They’re taking them down as fast as they’re putting them up,” she said.

Although the signs are gaining plenty of local media attention, Robins says the Ford administration hasn’t tried to contact her group. And that’s fine with her—the point of these posters is to galvanize swing voters into thinking about other candidates. “We’re not very interested in starting a dialogue—that ship has sailed,” she said. “I’m trying to talk to the undecided voters.” In addition to pointing out the absurdity of the current mayor’s track record with these fake campaign posters, No Ford Nation created a website to help educate voters about the other mayoral candidates, like Olivia Chow, John Tory, and Karen Stintz. Robins says she isn’t sure who she will support in the election, but she is devoting herself to the No Ford Nation’s campaign to educate voters about candidates other than Ford because she believes this is a pivotal election. “In the next four years, what happens in the city will determine what happens in the next thirty or forty years,” she said.

The mayoral election is seven months away, and with Torontonians already passionately taking sides and launching campaigns like this, it is sure to be a particularly heated race.