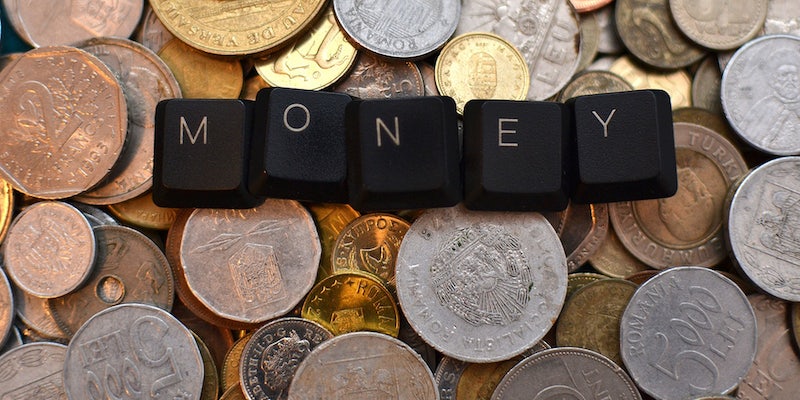 It’s Saturday night, you’re bored on the Internet, and someone is giving away money on Twitter. Of course you’re going to retweet her hashtag, even if there’s a 99 percent chance that the whole thing’s a hoax.

This, coupled with some shaky proof in the form of a few Paypal screenshots, is the reason why #AskHannaForCash went viral so quickly. Tens of thousands of people tweeted @princessthot in the hope that she’d Paypal them a few thousand dollars of daddy’s money, and to be fair, it wasn’t totally implausible. Maybe one of the rich kids of Instagram really had taken control of a $23 million Paypal account, and was handing out cash to piss off her absent father.

After all, she’d taken a photo of her Paypal screen, and isn’t that way harder to fake than a regular screenshot?

Plus, there were all these other people saying they’d already received thousands of dollars from @princessthot. They even provided screenshots.

This is my paypal account right now due to Hanna #AskHannaForCash pic.twitter.com/ERvKur2uNk

One day later, you’ll probably be shocked to learn that there’s no evidence any of these were real transactions. I know, I know, it’s a big surprise. The teen millionaire on Twitter wasn’t actually handing out free money?

Turns out it’s pretty easy to alter your Paypal balance. There’s even a YouTube tutorial.

Here’s one I made earlier. Retweet it and you’ll probably receive just as much money as @princessthot’s lucky beneficiaries.

It would be kind of difficult to prove that no one received money from @princessthot last night. But hey, that’s kind of why #AskHannaForCash worked in the first place. There’s always that slim chance that the whole thing is real, so why not tweet her just in case?

Sadly, all good things must come to an end. After a few hours promising to give money to everyone who retweeted her, the police supposedly showed up at @princessthot’s door, providing a convenient excuse for why no one else seemed to be getting any payouts.

WTF THEY JUST ARRESTED MY DAD IM CRYING SO HRAD

But don’t worry, there’s still hope. At around the same time as the #AskHannaForCash hashtag was beginning to catch on, Twitter user @ItsOnly1AM gained control of his dad’s Paypal account, and began giving out free money as well. What a coincidence.

Man fuck my dad and his salt company. First 20K ppl to RT and follow get 1,000$ of his hard earned money pic.twitter.com/w74xbvfkbn