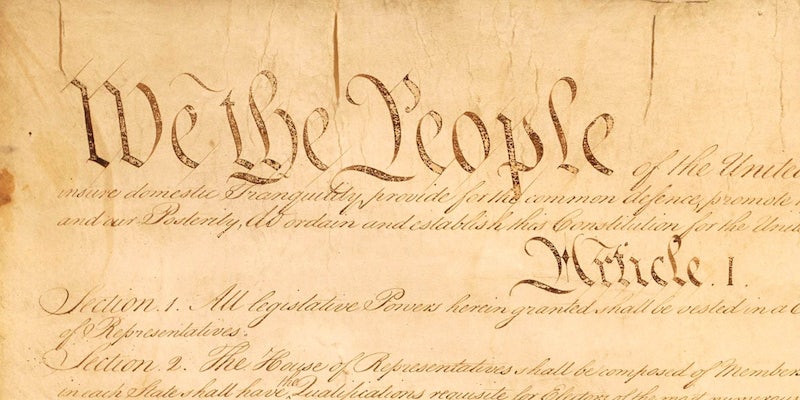 Stop telling politicians to read the 28th Amendment. It's not real.

Chain letters, fake memes, and hoaxes are the broken records of the Internet: Whether it’s the five thousandth email forward warning women against wearing ponytails or the stubborn battleship that turns out to be a lighthouse, we don’t need to wait for a Nigerian prince to sell us a whopper—not when so many of our friends and family are quick to pass on the tall tales as if they were true.

But in the middle of a devastating government shutdown, some of the Internet’s hoaxes can seem less like urban legends and more like desperate alternatives. That may be why this week has seen the return of an old political meme that carries with it the one true constant of American politics: frustration. 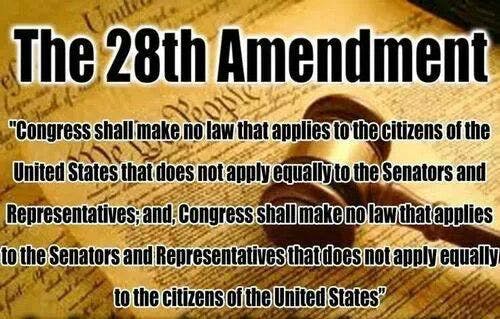 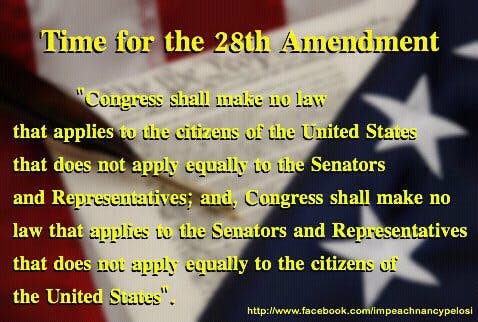 The images above propose a fabled “28th Amendment” that many people have pushed as part of an Internet forward making the rounds this week:

The forward, which laments a lack of accountability from lawmakers, has actually been circulating since the ‘90s. But this week it seems to have grown legs and sprinted into the public consciousness. On the open petition site Petition 2 Congress, a copy of the chain letter that readers can send to Congress has been in place since 2010. But since September 29th of this year, the number of senders jumped from a handful to the tens of thousands. 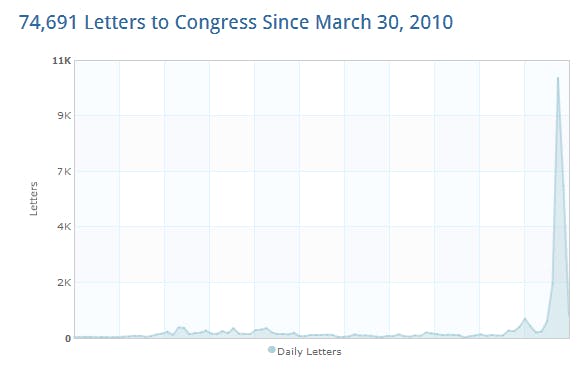 While many people seem determined to pass the amendment, others seem to believe it already exists. A look at Twitter shows hundreds of people angry and upset because politicians aren’t abiding by the 28th Amendment in the shutdown—though who’s guilty seems to depend on the political affiliation of the Twitter user:

@TalynBug @johnboehner The US Constitution is The Law of the Land! Read the 28th Amendment!

@BarackObama think you need to reread the 28th amendment sir, before you keep pushing your health reform down our throats #realamericans

It’s true that it’s unfair to subject us to Ocare & not congress. But what about the 28th amendment of the constitution! IT’S ILLEGAL!!!!

The U.S. Constitution only has 27 amendments, and the “proposed” article of amendment has never made its way to the Congressional floor. Even the news about the alleged amendment is a confusing mix of fact and fiction. One Internet site weaves a video about a different amendment that Rep. Donna Edwards (D-Md.) proposed earlier this year. Edwards’ amendment, however, was about allowing the government to restrict corporate lobbying during elections.

Nor does another amendment, proposed in August by Rep. Ron DeSantis (R-Fla.) and Rep. Matt Salmon (R-Ariz.) contain the wording found in the chain email. The August amendment, however, does share the spirit, if not the letter, of the potential law:

Congress shall make no law respecting the citizens of the United States that does not also apply to the Senators and Representatives.

Unfortunately for the frustrated citizens of the shutdown, the law’s vagueness and the unlikelihood of Congress passing such potentially wide-ranging limits on itself make it unlikely that the law would ever make it out of committee, as urban legend compendium Snopes.com pointed out in its second debunking of the viral email.

The good news, however, is that Congress is generally not exempt from the laws that it passes. In fact, the Affordable Care Act, nicknamed Obamacare, has a clause that explicitly mandates that lawmakers cannot exempt themselves from the act.

The real question, then, is not why Congress doesn’t pass the 28th Amendment, but when the shutdown will ever end, so that Congress can resume obeying its own laws.