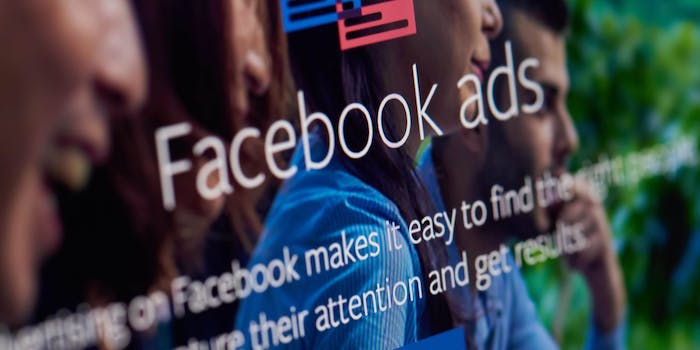 Facebook sued for ‘repeatedly’ not disclosing info about political ads

The suit says Facebook allegedly did not disclose all of the information needed under Washington state law.

Washington State Attorney General Bob Ferguson announced on Tuesday that his office is suing Facebook for allegedly selling political ads on the platform without disclosing all of the information needed under state law.

This is the second time the state has sued the social media giant for violating its campaign finance disclosure laws. As part of that suit, Facebook agreed to a settlement in 2018 that had them pay $238,000 and voluntarily pledged to no longer sell political ads in the state.

It appears Facebook has walked back on that voluntary agreement. Ferguson said that since 2018, Facebook has sold at least 171 ads to Washington state political communities for at least $525,000.

“Whether you’re a tech giant or a small newspaper, those who sell political ads must follow our campaign finance law,” Ferguson said in a statement. “Washingtonians have a right to know who’s behind the ads seeking to influence their vote.”

Washington’s law requires that any political ads must have a cache of information available for the public to see, including: the name of the candidate or measure in the ad, the dates the advertiser ran the ad, the name and address of the person sponsoring the ad, and the total cost of the ads and how it was paid for.

Ferguson said Facebook’s Ad Library, which shows information about ads running on the platform, did not list some of that information for political ads running in Washington.

Facebook did not immediately return a request for comment from the Daily Dot. We’ll update this story if we hear back.

Social media and tech giants have grappled with how to handle political ads in recent months. Facebook’s policy has garnered scrutiny, as it essentially allows politicians to say whatever they want, even if it is false.

Earlier this year, Facebook faced a similar clash with state laws in Illinois for violating the state’s biometric information law. The social media giant paid $550 million in the settlement after the state sued them for breaking the Illinois Biometric Information Privacy Act by used facial recognition technology to suggest people be tagged in photos.

In a statement to the Daily Dot, Facebook said “it has taken steps to strengthen its enforcement around prohibiting political ads targeted to Washington state.”