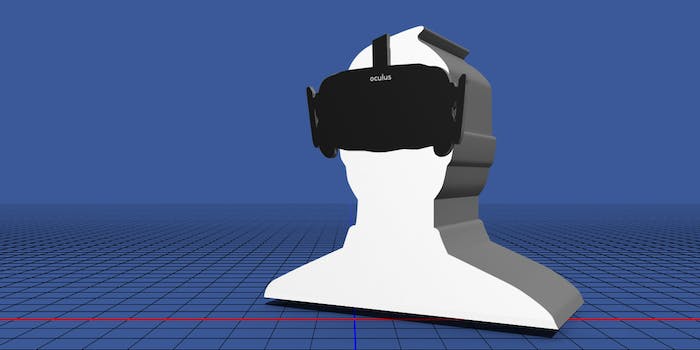 Imagine taking a 360-degree video from the top of the Empire State Building, capturing the entire New York City skyline with just one click on your smartphone, and then sharing it with your friends and family on Facebook so they can experience it as if they were there.

It may be a reality sooner than you think.

Facebook’s computational photo team skunkworks has several features in development that will make virtual reality content easier and more affordable to create. The team that has tripled since it was formed last year is already working on 3D photo software for phones.

The social network recently announced a new automated feature that stabilizes 360-videos, the type that are viewed using VR headsets. “360-degree video stabilization makes all the difference,” said Rick Szeliski, the head of Facebook’s computational photography team. “If you put on a VR headset and the video’s wobbling around, you get motion-sick in just a few seconds.”

Poor user experience is one of the reasons people lost interest in VR in the 90s. That is, until Facebook bought Oculus for $2 billion back in 2014, signaling to the industry that they were willing to bet on the future of virtual reality. Opening the doors for new startups to enter the VR world and giving the industry the momentum it needed to come back from the brink of extinction.

Mark Walsh, CEO of Motional Entertainment, a virtual reality studio that is creating interactive films for PlayStation, says VR content still has a long way to go. “Currently the tools that are needed to create [virtual reality content] aren’t as accessible,” said Walsh. A small low-end 360-degree camera can cost hundreds of dollars. “I’ll be very interested to see what skunkworks is working on to empower and democratize VR so we can all make content,“ he continued.

The challenges VR content creators face go far beyond the cost of equipment according to Walsh. “What we found is that the [VR] tools a storyteller needs are raw or missing and are not user intuitive,” said Walsh. “VR isn’t built around the needs of storytellers, it’s built around video games. That’s why the first wave of VR content is driven by the games industry,” he continued. As the technology evolves, so will the business which is currently still at an early stage. “VR is in the beginning and we have a limited number of creators and a limited number of viewers. Facebook is trying to jumpstart that,” Walsh explains.

By making VR accessible to the masses, Facebook will not only change the way the content is made and distributed, it will also lower the barrier to entry for young creators. “We need more young people inspired to make stuff with the technology. The sooner VR can lay the groundwork for the up and coming generations the better.”

While the social network is focused primarily on paving the way for user generated VR content that consumers can use to document their lives in a new way, those in the VR space believe Facebook is driving innovation that will eventually make virtual reality scalable.