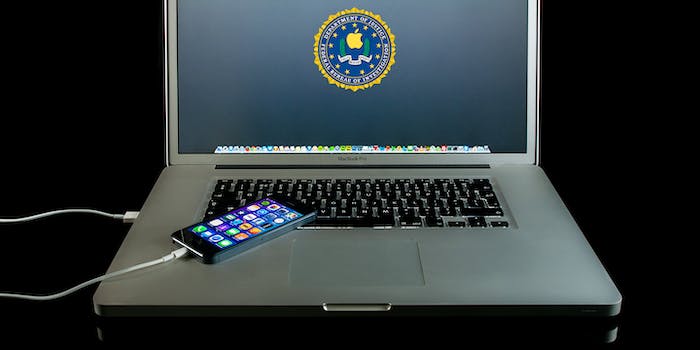 The battle lines are drawn.

When a U.S. magistrate judge ordered Apple to help the FBI break into the cell phone of a San Bernardino shooter, the pushback from Apple CEO Tim Cook was immediate, as he said: “We fear that this demand would undermine the very freedoms and liberty our government is meant to protect.”

Though the politicians running for president have been split over whether Apple should assist the FBI, Twitter and Facebook made it clear Thursday that they support Cook’s viewpoint.

We stand with @tim_cook and Apple (and thank him for his leadership)! https://t.co/XrnGC9seZ4

We condemn terrorism and have total solidarity with victims of terror. Those who seek to praise, promote, or plan terrorist acts have no place on our services. We also appreciate the difficult and essential work of law enforcement to keep people safe. When we receive lawful requests from these authorities we comply. However, we will continue to fight aggressively against requirements for companies to weaken the security of their systems. These demands would create a chilling precedent and obstruct companies’ efforts to secure their products.

The solidarity between each of the companies makes perfect sense since the customers of Twitter and Facebook have to trust that those two social media sites won’t simply allow the government to access the personal information of one—or all—of its users.

Judge Sheri Pym on Tuesday ordered Apple to design a workaround that would allow the FBI to blast the phone with an unlimited number of password attempts to access the contents of Syed Rizwan Farook’s phone without triggering the auto-erase feature. Cook said that design doesn’t exist and would compromise the security of everybody who owns an iPhone.

The court order doesn’t force Apple to break into the phone but orders the company to provide “reasonable technical assistance” to the FBI.

“The United States government has demanded that Apple take an unprecedented step which threatens the security of our customers,” Cook wrote in a letter released shortly after the judge’s decision. “We oppose this order, which has implications far beyond the legal case at hand.

“[T]he U.S. government has asked us for something we simply do not have, and something we consider too dangerous to create. They have asked us to build a backdoor to the iPhone.

“Specifically, the FBI wants us to make a new version of the iPhone operating system, circumventing several important security features, and install it on an iPhone recovered during the investigation. In the wrong hands, this software—which does not exist today—would have the potential to unlock any iPhone in someone’s physical possession.”

Cook has said he won’t comply with the judge’s order.

Photo via William Warby/Flickr (CC BY 2.0) | Remix by Jason Reed