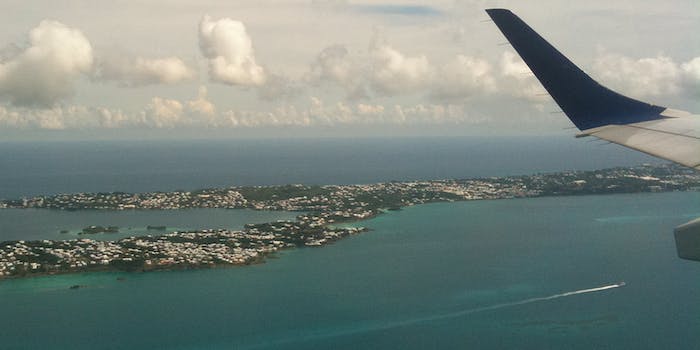 You’d do well to remain skeptical of any headline in your Facebook feed that suggests the long-missing Malaysia Airlines MH370 jet has been spotted “near the Bermuda triangle.”

Especially if it’s appended to a photo of a different plane entirely, like US Airways Flight 1549 or Lion Air Flight 904, both of which crashed into water without fatalities.

This, it transpires, is the latest malicious scheme hatched by malware spammers. “Video of Malaysia MH370 Plane found in Bermuda Triangle! Passengers alive! Breaking news video footage of this miracle just released on CNN!” reads some typically breathless and enticing copy. But when you click the link, you’ll be told you have to share the story before reading it, thereby exposing all your Facebook friends to the same hoax. Once you’ve done that, you’re prompted to fill out an endless sequence of surveys. There’s all kinds of data phishers can pull this way, though mobile phone account details are probably most prized: in some affiliate marketing scams, by entering their number, the victim is signing up for an SMS subscription that charges a few dollars for every text sent. In other cases, names, email addresses, and other private information is simply sold off to other spammers. Cybercriminals have never been above exploiting tragedies, and are responsible for a few of their own, but even for petty thieves, it’s hard to imagine anything lower than blending conspiracy theory, fatal disaster, and stubborn human hope just to turn a quick profit.