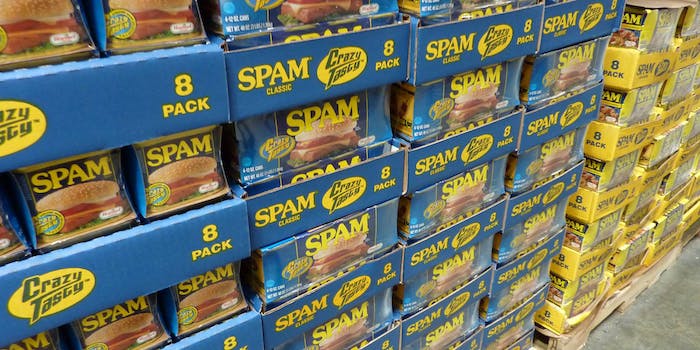 When you come at the king, you best not miss and a U.S. District Court hit his mark on Wednesday when he sentenced “Spam King” Sanford Wallace to 30 months in jail for bombarding Facebook users with unsolicited messages.

In addition to the jail time, the 47-year-old Wallace was ordered to pay hundreds of thousands of dollars in restitution for damages caused by his spam tactics. He will also be required to partake in mental health treatment once released from prison and spend five years on probation, during which he is barred from using any computer without his probation officer’s permission.

Wallace, otherwise known as “Spamford” and “the Spam King”—a nickname that Wallace seems to have given himself, which is a crime that should probably be punishable by law as well—was indicted in 2011 for illegally obtaining Facebook account information and attempting to bait users into clicking malicious links that would download their friends lists.

At the time, Wallace was operating under the aliases “David Frederix” and “Laura Frederix” and was maintaining over 1,500 fake Internet domain names.

During the period that Wallace was operating his Facebook spamming initiative, he sent more than 27 million spam messages to 550,000 Facebook users. The blanketing of spam occurred over just four days, spread between November 2008 to February 2009.

Following those barrages, Wallace was ordered to never visit Facebook. He ignored the court order and had a contempt charge added to his long resume of lawsuits and violations.

Wallace has been punished continually for his spamming practices dating back to a 1995, when he set up a company called Cyber Promotions to send spam messages via fax and email. Civil suits have been brought against him by Facebook, MySpace, AOL, and the Federal Trade Commission. In total, he’s been assessed nearly $1 billion in damages.

The most recent case that resulted in time behind bars for the spammer was the first in which Wallace pleaded guilty. The case brought significant challenges for him, as two lawyers quit on Wallace in 2014. Wallace had apparently refused to even communicate with one of the lawyers.