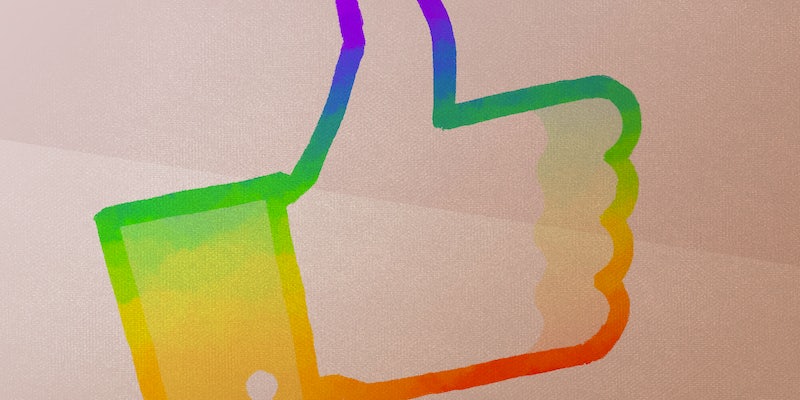 “It’s still a big problem,” Facebook Senior Software Engineer Brielle Harrison told the Daily Dot. “Zuckerberg and a bunch of other people there, they want to do the right thing, but they are unconsciously biased… and they don’t understand the importance of it.”

Harrison, who identifies as a transgender woman, worked on the custom gender options that Facebook introduced in early 2014 and more recently has advocated internally for a shift in Facebook’s contentious real names identity policy. Prior to joining Facebook, she worked as a software engineer at Netflix and Google.

“Inside, the one thing that I think that fails to get captured a lot—because I’m not supposed to really talk about it too much—[is] the fact that it’s very split internally,” Harrison said. “There’s a huge number of people inside that are very against the way we’re doing things right now.”

Harrison was present for the meetings with San Francisco’s District 9 Representative David Campos and the group of drag queens, led by Sister Roma, who drew attention to Facebook’s real names policy after their accounts were suspended last September.

“I was directly conversing with Zuck back and forth about this stuff and said, ‘Do you understand the suicide rates and the depression rates for trans people alone? There are people who use a different name on Facebook just to avoid being stalked or attacked,’” Harrison told the Daily Dot. “He just doesn’t understand the trouble that can come from showing your legal identification in a public forum like that.

Harrison is leaving Facebook this week to work for Apple on the Maps team, a circumstance that presumably influenced her willingness to speak candidly about the real names issue at the company. Facebook did not return a request for comment at press time.

“There are people advocating inside and they are making progress. The big thing is that lot of the [employees] that are fighting for that stuff on the inside are less comfortable being public about it,” Harrison said.

Last August, Facebook lost another advocate for LGBT-friendly policy when Sara Sperling, head of diversity at Facebook, departed after four years with the company to take a role as Snapchat’s HR director (Sperling left her role at Snapchat six months later). Sperling had a role in building Facebook’s internal transgender and gender identity policy, according to Re/code.

“They’re not a big fan of me because of the things I’ve done,” Harrison added.

“It’s going to be an interesting change.”