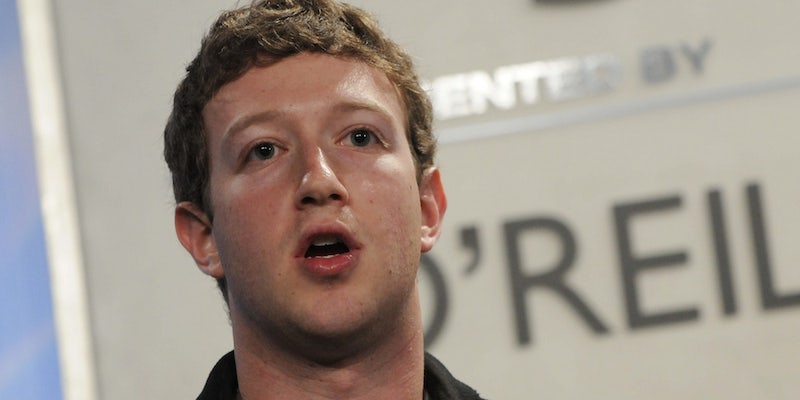 Two companies are accusing and sueing Facebook for allegedly scanning private messages for data to sell off.

It turns out your private messages on Facebook aren’t so private after all. And that means more legal trouble for the world’s largest social network.

The company is being sued by a pair of users who allege Facebook scans private messages for links and sells the information to third-party marketing firms and advertisers without consent.

“Contrary to its representations, ‘private’ Facebook messages are systematically intercepted by the company in an effort to learn the contents of the users’ communications,” reads a complaint filed by Matthew Campbell and Michael Hurley this week in the northern California U.S. District Court. “This practice is not done to facilitate the transmission of users’ communications via Facebook, but because it enables Facebook to mine user data and profit from those data by sharing them with third parties—namely, advertisers, marketers, and other data aggregators.”

According to Media Post, the lawsuit stems from 2012 revelations that Facebook scans private messages for links to outside sites that are then used to tabulate the total number of likes for a particular brand or page.

At the time of these initial allegations, Facebook confirmed that their Like counter includes the “number of times people have shared that page’s link on Facebook,” but told the the Wall Street Journal that “absolutely no private information has been exposed.”

But that’s not good enough for the plaintiffs in this case, who allege Facebook has not adequately informed users about these private message scans.

This lawsuit comes hot off the heels of news that Facebook will have to face a lawsuit accusing the social network of misleading investors during its botched initial public stock offering.