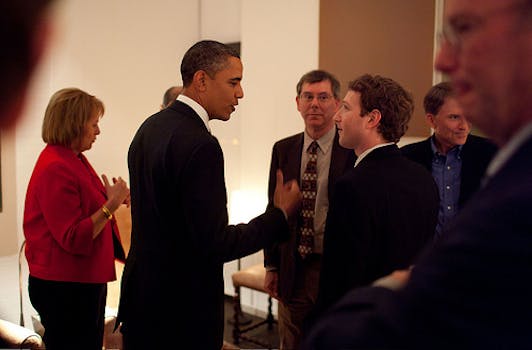 More than half of Facebook users have discussed politics on their pages.

Some 51 percent of Facebook users have posted politically related content on their profiles, according to a recent study conducted by Lab42, which gathers polling data exclusively from social media sites.

The study, which used a sample of 500 Facebook users, also asked who people voted for during the 2008 presidential election and, if they could recast their vote, who would they choose now. The data, not surprisingly, follows job approval numbers of President Barack Obama during his years in office.

Some 67 percent of social media users voted for the President in 2008, the study states. Three years later, only 53 percent of them would cast the same ballot. Similar to Facebook members, 63 percent of Americans supported Obama on Inauguration Day 2009; today, only 44 percent of Americans approve of the job that is being done at 1600 Pennsylvania Ave. A possible explanation as to why Obama has received five to 10 percent more support on Facebook? Social media users tend to be younger, more idealistic and more liberal.

Facebook and public opinion also stayed in step when it came to the approval of Congress. According to Real Clear Politics, only 12 percent of Americans approve of the job being done in Congress. On Facebook, although worded differently, only 11 percent of people thought it would be a bad thing if most of Congress was replaced.

The study, released late last week, shows the parallels between polling data and information gathered on social media and proves that, in some instances, sites like Facebook can foreshadow public opinion.

But not everyone is interested in discussing politics on Facebook, choosing to stay on people’s good side.

“I try not to as a general rule,” wrote Theresa Moss on Mashable’s Facebook page. “I love discussing politics, but there is just too much anger out there right now and I am not looking to set anyone off (or to get set off for that matter!) I’ll stick to family discussions unless I am otherwise compelled.”

Others have learned the hard way.

“I sometimes do but shouldn’t as it causes a lot of ugliness,” Pattee Mulford Insana wrote at Mashable.

Added Jay Monaco on a Facebook post two months ago: “So, it’s been a pretty rough 24 hours for me on Facebook. After I brought up politics yesterday, I’m not sure how many friends I lost… I’m going to respond by inventing EXTREME SOCIAL NETWORKS, a reality TV show where everyone is a dick and fights about everything, via status updates. It’s gonna be so great!!”